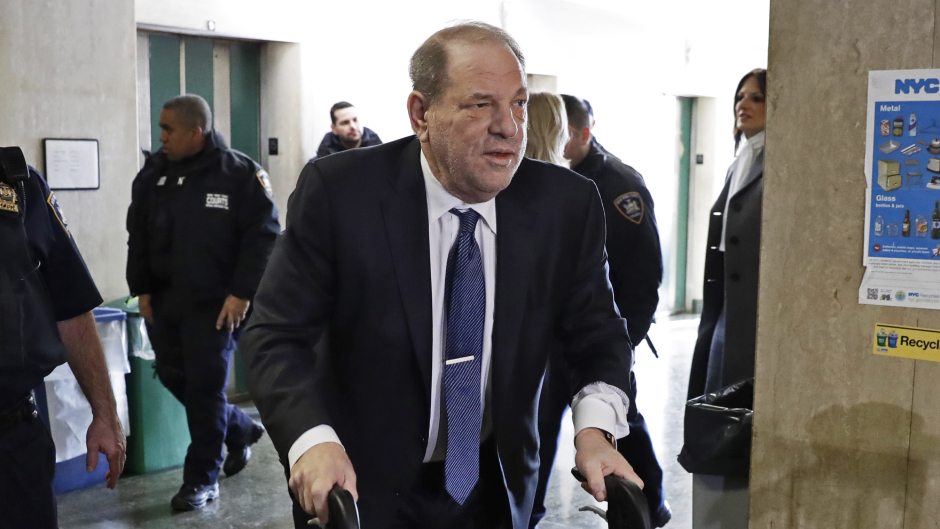 Jurors deliberating on Harvey Weinstein’s fate said they’re deadlocked on the most serious charges levied against the disgraced producer.

The Los Angeles Times reported that the jury of seven men and five women asked if they could be hung on the two charges of predatory sexual assault. They stated that they’re unanimous on the lesser charges.

New York Supreme Court Judge James Burke told the jury that they must be unanimous on all criminal counts and ordered them to continue deliberating.

Haley testified that in 2006, Weinstein lured her to his apartment before pushing her onto his bed and forcefully performed oral sex on her. She alleged that Weinstein sexually assaulted her a second time two weeks later at the TriBeCa Grand Hotel.

Mann claimed Weinstein raped her at the DoubleTree Hotel in Midtown Manhattan in 2013.

Previously, jurors asked to review all emails to, from, and pertaining to “Sopranos” actress Annabella Sciorra, 59. They also requested to rehear testimony from Sciorra’s friend Rosie Perez and to review all communications Weinstein, 67, had with two private investigation firms that he allegedly hired to investigate Sciorra and his other accusers.

Sciorra had accused Weinstein of raping her in her Manhattan apartment in 1993 or 1994.  Sciorra and Weinstein reportedly first met at a party in California sometime in 1990.

Jurors had also asked to reread Haley’s testimony in addition to emails between her and Weinstein.

Jury deliberations are expected to continue on Monday.