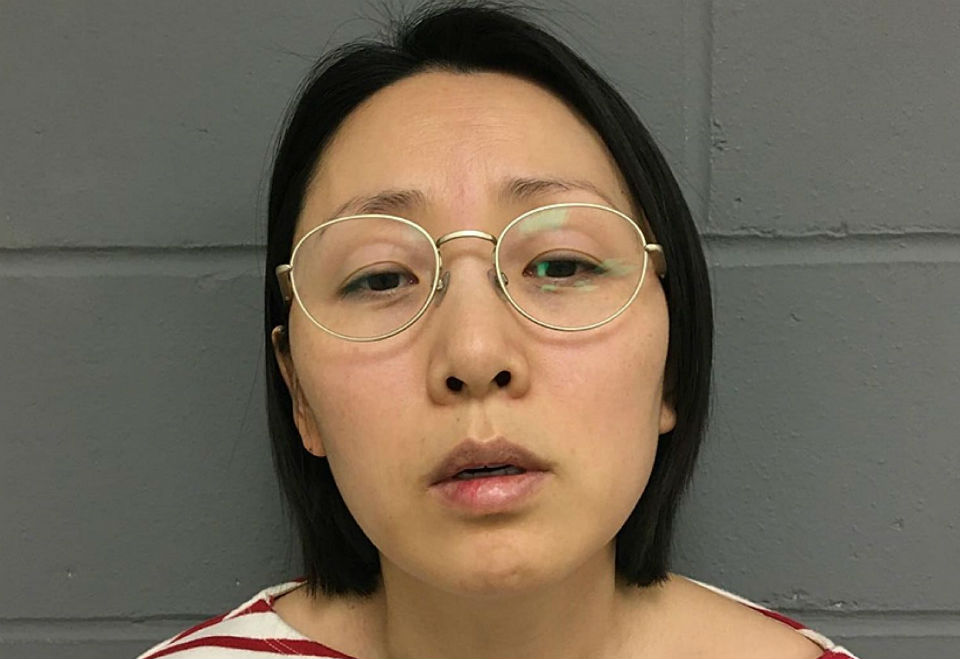 Iowa professor calls 911 to report someone unconscious in her home. It’s her husband, bound and gagged to death.

Park allegedly used zip ties to bind Nam’s hands and feet and then tied him to a chair with a rope. She then stuffed clothing down his throat and sealed his mouth with duct tape to prevent him from yelling

An Iowa professor has been charged with murder after she allegedly tied her husband to a chair and gagged him until he died, the Des Moines Register reports.

Gowun Park, 41, called 911 on Saturday evening notifying authorities that someone was unconscious at her home in West Des Moines.

When officers arrived, they found Sung Woo Nam, also 41, unresponsive and rushed him to a local hospital where he was pronounced dead.

Investigators determined that Nam’s death was no accident. On Saturday morning, Park allegedly used zip ties to bind Nam’s hands and feet and then tied him to a chair with a rope. She then stuffed clothing down his throat and sealed his mouth with duct tape to prevent him from yelling. She also covered his eyes by taping a towel over his head.

Shortly after 5 p.m. Saturday, Nam was distressed and asked Park to be untied, but she did not relent.

Police found ligature marks on Nam’s throat and say that Park had attempted to conceal what she had done to Nam before emergency crews arrived.

“The injuries sustained by Mr. Nam were not self-inflicted,” investigators wrote in the criminal complaint against Park.

Park emailed her students on Sunday to tell them that classes for the week would be canceled because of a “personal issue.”

Police have not yet disclosed Park’s motive for allegedly killing Nam.

Students at Simpson College in Indianola say Park told people her family was back in South Korea and that she was single.

“I had her in class for three years; she was saying that for three years,” junior Thomas Mussig told the Des Moines Register. “She would talk about how she’s single.”

Mussing said he had five classes with Park and had also worked with her on a research project.

“She was one of the sweetest ladies I’ve ever known,” Mussing said. “This is really tough.”

Park remains in the Dallas County jail on $5 million bond. She is scheduled to appear in court next week.