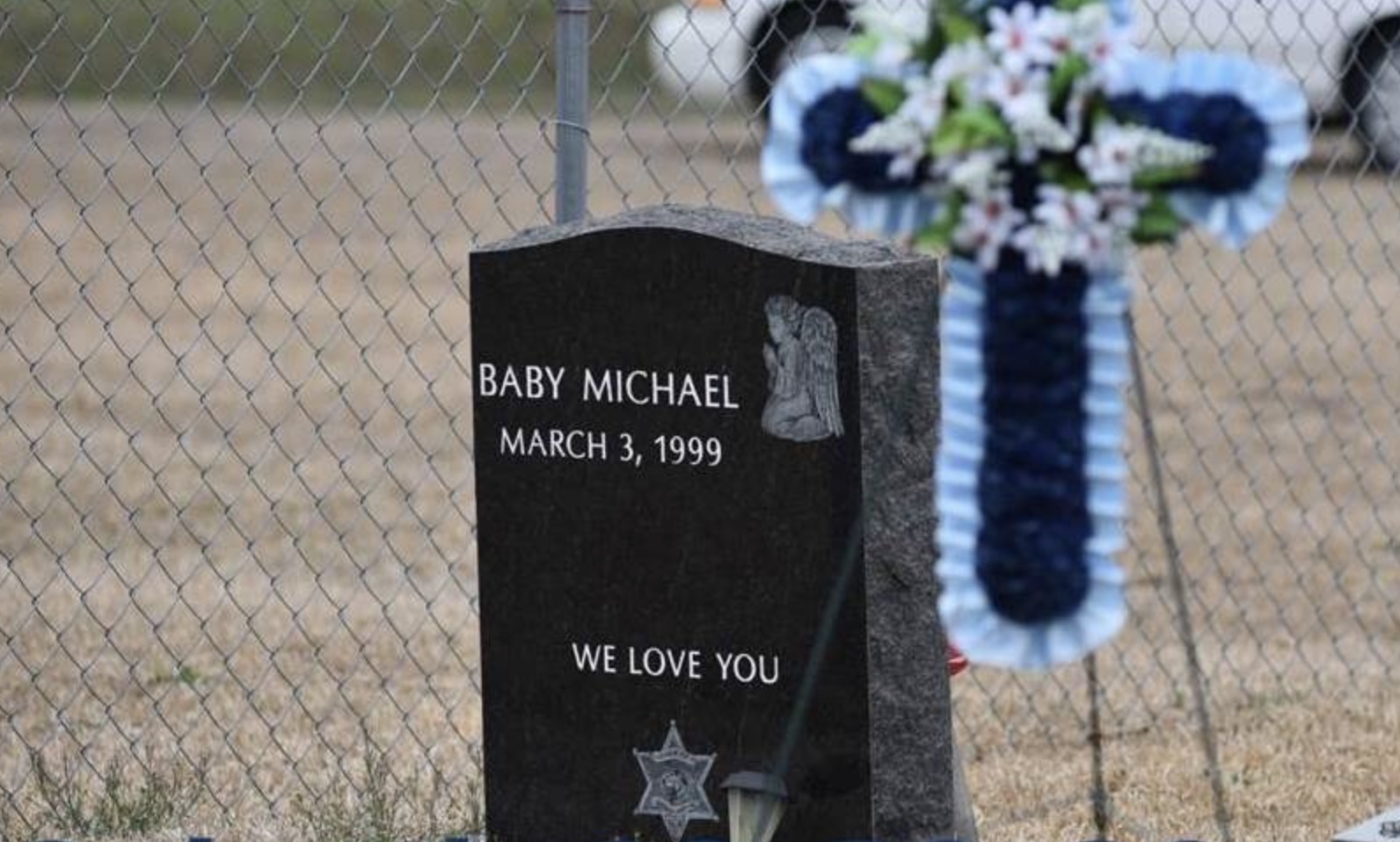 Newborn’s murder solved after 21 years: ‘Baby Michael’ was stuffed in a trash bag, tossed out a moving vehicle

Detectives in North Carolina have solved a cold case that broke their hearts 21 years ago: a newborn baby boy, umbilical cord still attached, stuffed in a plastic trash bag with the mother’s placenta and tossed out a moving vehicle.

A soldier found “Baby Michael” on the side of a rural road outside the town of Hope Mills on March 3, 1999. The boy, not even 24 hours old, had died of blunt force trauma.

On Thursday, the Cumberland County Sheriff’s Office announced the arrest of Deborah Riddle O’Conner, 54, who reportedly admitted she was the child’s mother.

Moose Butler, sheriff of Cumberland County in 1999, dubbed the baby boy “Michael,” after the patron saint of law enforcement officers. A funeral service was held on March 30, 1999, and the infant was buried in a church cemetery.

“Detectives have never given up working on this homicide, and finally got a break in the case,” Cumberland County Sheriff Ennis Wright said Thursday.

Recently, they sent the baby boy’s DNA to a forensic genealogy service, and the company sent back a family line. Detectives found O’Conner 200 miles away in western North Carolina and, feeling she “was very likely Michael’s mother,” drove across the state to interview her.

When she told the investigators she was the baby’s mother, she was arrested and brought back to Cumberland County, where she’s been charged with first degree murder.

“You know, this person had an option,” Wright said, according to WSOC. “She had a choice but in this situation, the right choice wasn’t made.”

Officials said O’Conner has not revealed a motive for Baby Michael’s death, noting that she has several children older than the baby.

WSOC spoke on Friday with O’Conner’s husband of 10 years, Charles O’Conner, who said he had no idea about the case, and his mother, Jean Dills.

Charles O’Conner said he believes his wife is “completely innocent. She is not that type.”