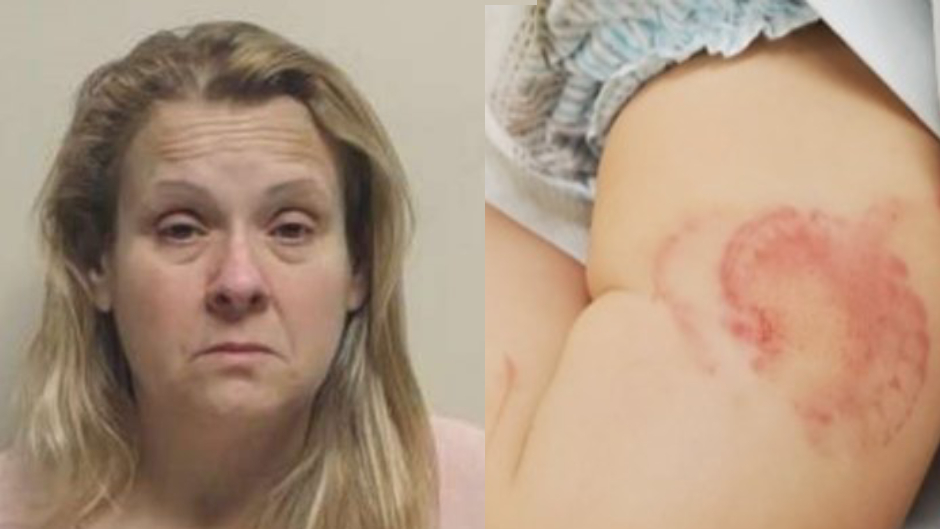 After three days in care of her grandmother, toddler has fresh bite marks, possible cigarette burns, and multiple signs of sexual assault: Report

A Utah woman was arrested last Wednesday for allegedly inflicting 44 injuries on her 14-month-old granddaughter earlier this month while she was in her care.

Sally Lacayo, 47, was charged with first-degree sexual abuse of a child and second-degree intentionally inflicting serious physical injury to a child. The Gephardt Daily reported that emergency crews who responded to Lacayo’s home on February 2 found the woman wandering around — possibly impaired on an unknown substance — with a bleeding wrist wound.

The responding officers and paramedics reportedly found Lacayo’s granddaughter at the residence with suspected physical injuries. Paramedics discovered fresh adult human bite marks and a possible cigarette burn on the toddler, according to the news outlet.

An examination reportedly revealed that the toddler suffered 36 injuries while a sexual assault kit unearthed eight additional injuries on the child’s genital area.

During her hospitalization, Lacayo allegedly told authorities that she took some medication while caring for granddaughter that made her drowsy. Court documents stated that Lacayo said she became angry when the child spilled her food and made a mess and started to “playfully bite” the baby girl to “make her happy,” according to KUTV.

Authorities charged that the biting became aggressive, resulting in the toddler’s injuries. Lacayo confessed to biting her own wrist as punishment for what she did to her granddaughter, the news station reported.

The victim’s parents reportedly told authorities that Lacayo was caring for their child during the three days when the alleged abuse is believed to have occurred.

Orem police arrested Lacayo after she was discharged from the hospital. Her bail was set at $35,000.