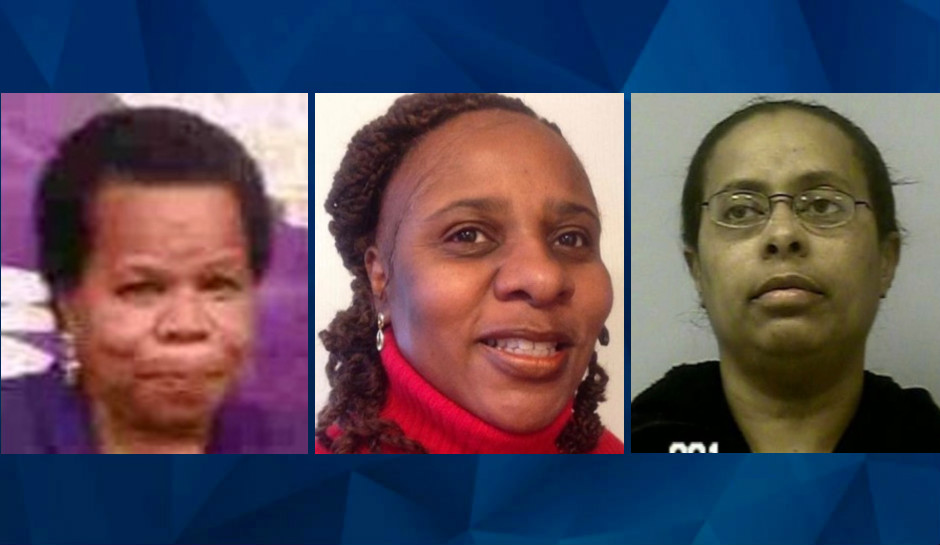 Police in suburban Atlanta are looking for two missing women and the caretaker believed to have been connected with them, Gwinnett County Police said on Monday.

Kishia Mitchell, 50, is wanted on two counts of exploitation of a disabled or elder person and two counts of running an unlicensed personal care home, in addition to an active warrant for probation violation.

The missing women are Linda Kimble, 59, who was last seen in August, and Linda Williams, 68, who was last heard from in December, police said. Both were reported missing by their respective daughters when Mitchell allegedly gave false information about their location or was uncooperative in the daughters’ attempts to visit their mothers.

In addition, shortly after Kimble was reported missing in October, a 26-year-old man walked into a bank and said he had not seen his caretaker, identified as Mitchell, for two days and had not eaten in that time, police said. Officers took the man back to the home, where they found eight other adults and no caretaker. The residents told officers that had not eaten or had access to their medications in several days.

The charges filed against Mitchell stem from that investigation. Police said eight of the nine residents were relocated, and the ninth chose to stay. Kimble was not at the house.

Police said that Kimble was placed in the care of Mitchell, then an employee of Auxilium Care, after she was discharged from a hospital in August. Kimble’s daughter reported on October 11 that Mitchell had refused to let her speak with or see her mother since that time. The daughter also said when she drove to an address where she had mailed a check to Mitchell, she found it was a vacant property, 11Alive reported. Police discovered that Auxilium Care had been permanently closed, according to the Atlanta Journal-Constitution.

Williams’s daughter came to police in January, telling them she last spoke with her mother in December and hadn’t seen her since October. Police said the daughter told them Mitchell said her mother had been transferred into the care of Adult Protective Services, but the state agency has no record of her in its database.

Gwinnett County Police asked anyone with any information about Kimble, Williams, or Mitchell to contact GCPD detectives at 770-513-5300. To remain anonymous, tipsters should contact Crime Stoppers at 404-577-TIPS (8477) or visit www.stopcrimeATL.com.