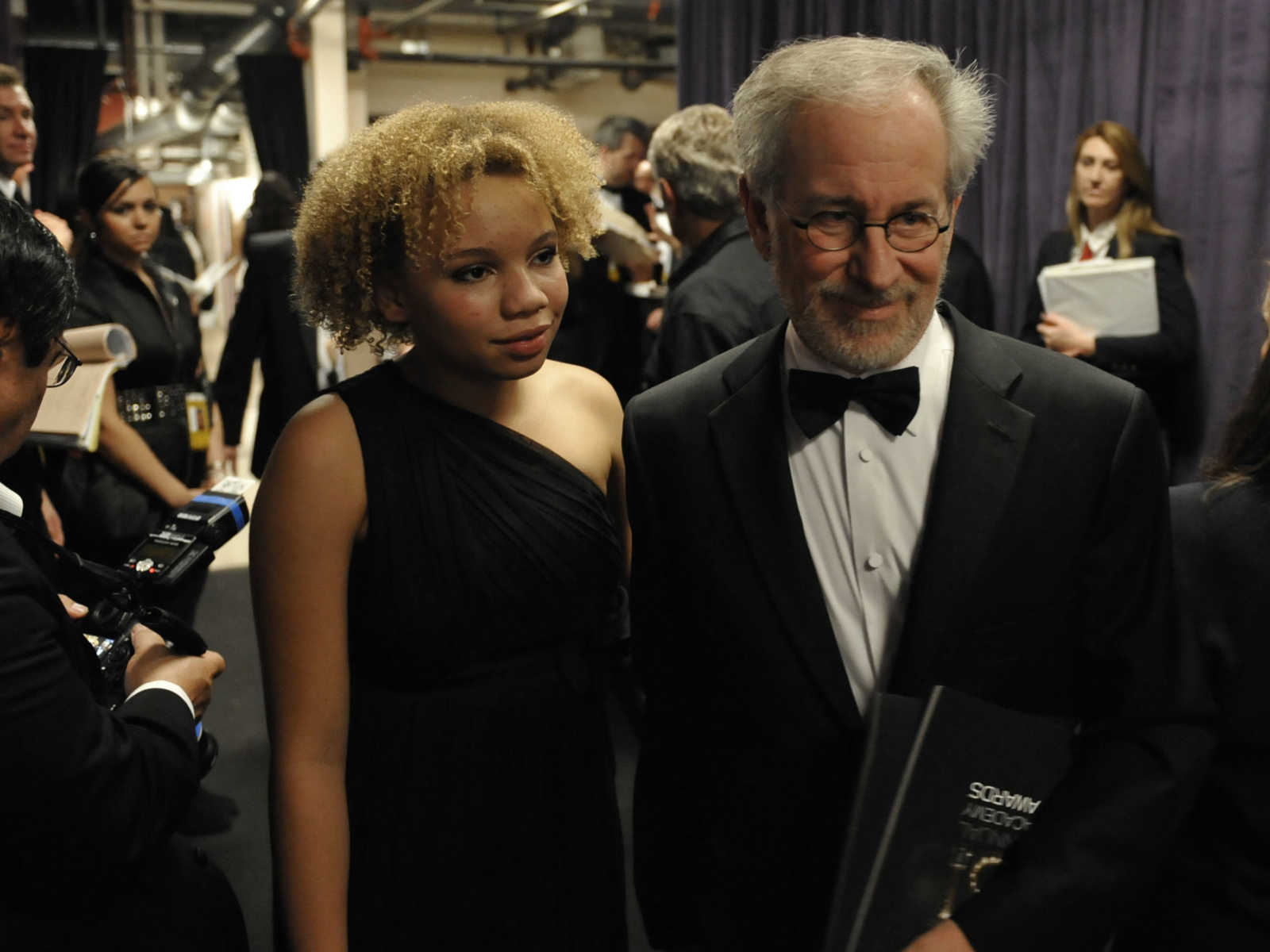 Spielberg, 23, was booked into jail shortly before 8 a.m. on a 12-hour hold — a state law that requires those charged with domestic violence held before release to give the alleged victim time to consider their circumstances and decide what to do. A police officer told RadarOnline.com, which first reported the arrest, that Spielberg’s $1,000 bail has already been paid.

“I’ve always been a very sexually natured person, which has gotten me in trouble before,” she told The Sun. “Not in a predatory way, but just in the sense that people here in the South might not yet be comfortable with that.”

“My main hope is just that I get somewhere lucrative enough to where I’m not tied down financially by things. And then I can really start saying to people there’s nothing wrong with me using my body in a way that feels comfortable to support myself.”

Spielberg lives in Nashville with her fiance, professional darts player Chuck Pankow, 47, who is also an exotic animal handler. In the interview with The Sun, Spielberg said she wouldn’t be having sex with other people out of respect for Pankow. Spielberg also said she hopes to find work as a stripper once her application for a license has been approved.

She also said she told her Hollywood parents about her new career via Facetime and they were “intrigued” but “not upset.”

Mikaela Spielberg, who was adopted at birth in 1996, is the second youngest of seven in the Spielberg-Capshaw brood. Grey’s Anatomy star Jessica Capshaw, 43, is the daughter of Kate with ex-husband Robert Capshaw. Max Spielberg, 34, is Spielberg’s son with ex-wife Amy Irving. Capshaw adopted Theo, 31, before marrying Spielberg, who also adopted him. Daughters Sasha, 29, and Destry, 23, and son Sawyer, 27, are biological children of the ocuple.