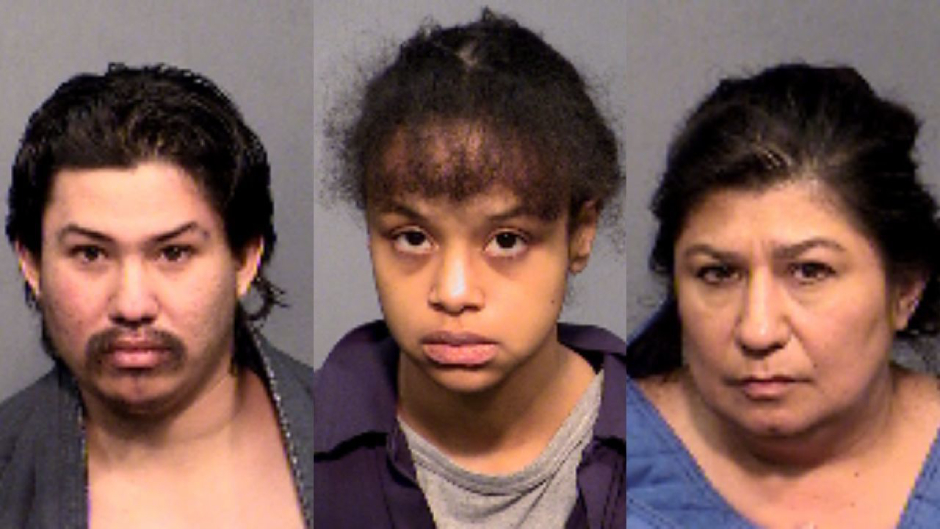 Three people have been arrested in connection with Monday’s death of a 6-year-old Arizona boy.

Flagstaff police said in a press release they responded to a residence at 12:39 p.m. after receiving a call regarding an unresponsive boy. Firefighters pronounced the boy dead at the scene after unsuccessful attempts to resuscitate him.

Police said that the boy had no signs of trauma but was malnourished and appeared in a manner that “did not compliment his age.”

The boy’s parents, Anthony Jose Archibeque-Martinez, 23, and Elizabeth Archibeque-Martinez, 26, allegedly admitted to keeping the child and his 7-year-old brother in a closet in a bedroom closet, while sometimes withholding food. They claimed they kept their sons in the closet for stealing food at night while they slept, according to police.

The parents reportedly estimated that they kept their sons in the closet for a month. Ann Marie Martinez, 50, allegedly admitted that she knew her grandsons were being held in the closet. Police said she also confessed to punishing them when they stole food.

The trio was charged with first-degree felony homicide and child abuse. The Department of Child Safety took custody of the boy’s surviving siblings, ages 7, 4, and 2.

The boy’s cause of death is pending.