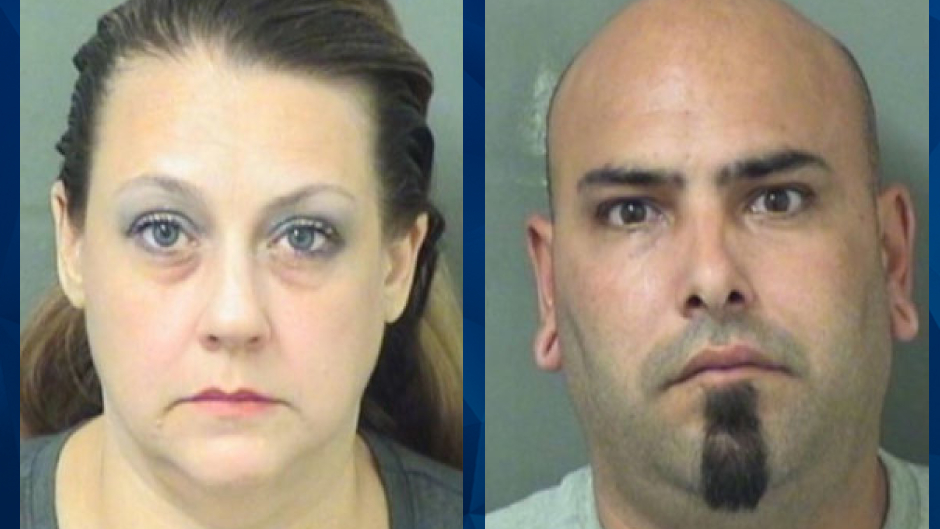 Death penalty sought for parents of toddler girl who died weighing 7 POUNDS with ribs showing through her skin: Docs

The couple had nine other children and a dog in the home, and hardly any food

Prosecutors are seeking the death penalty for a Florida couple who allegedly starved their 13-month-old daughter to the point that she died weighing two pounds less than she did at birth.

The South Florida Sun-Sentinel reported that Tayla Aleman had the flu, pneumonia, and several severe infections when she lost consciousness at her Royal Palm Beach home in April 2016. Prosecutors charged Kristen Meyer, 46, and Alejandro Aleman, 42, intentionally starved and abused their daughter until she was unable to crawl and died.

Charged with first-degree murder and aggravated child abuse, Alejandro Aleman and Meyer are being tried separately for their daughter’s death. The couple reportedly had 9 other children and a dog that they barely had any food for.

Alejandro Aleman allegedly revealed that he never held his daughter as he does not hold children that are younger than 2 because they “scare” him.

“I don’t hold little kids,” he reportedly told investigators, claiming he was unaware his daughter was grossly underweight.

“There’s no law that I have to hold my daughter.”

According to the Sun-Sentinel, Tayla Aleman was full-term and weighed 8 pounds, 15 ounces at birth. She reportedly had no underlying health issues. The father has blamed his wife for their daughter’s death. He reportedly said she was a stay-at-home mom who was responsible for feeding and caring for her while he worked.

Seven months before the toddler’s death, the Department of Children and Families visited the residence amid concerns that the home was filthy. Alejandro Aleman reportedly stopped them from entering the home.

Two months later, the agency returned to the residence with a court order and Alejandro Aleman let them in without hesitation.

While a DCF investigator wrote that the home was “spotless,” they noted that the couple’s children — which ranged in age from 7-months to 15-years-old — did not speak and used “grunting noises” to communicate. Meyer said she homeschooled the children and stated that she did not see any issues with their speech, according to the Sun-Sentinel.

“The baby was a skinny 7-month-old baby but not skinny to the point where the baby appeared as if she was not being fed,” the investigator asserted.

Fast forward to April 2016: Tayla Aleman is dead and authorities are alleging that she died in a filthy, bug-infested home. Paramedics who rushed the lifeless toddler to the hospital noted that her ribs were visible through her skin and that she looked so malnourished that they asked Meyer if the toddler had cancer or another disease.

Meyer — who is planning to plead insanity — is scheduled to stand trial on March 13. She and her husband are also facing a misdemeanor animal cruelty charge for the alleged mistreatment of their dog.