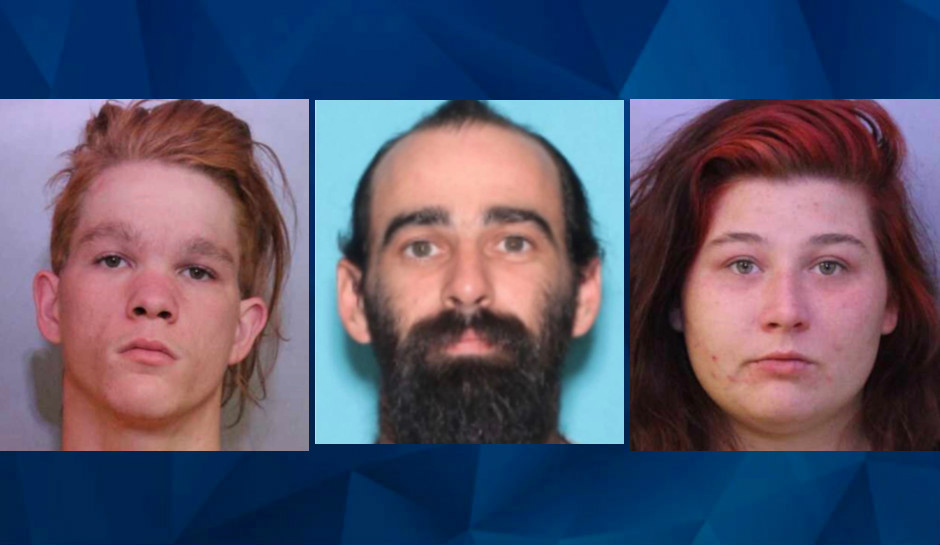 Florida couple killed over money, bodies dumped into swamp; They’re found when a suspect tried to sell their truck

Police in central Florida arrested three people on Saturday and charged them in the deaths of a married couple killed 2 1/2 weeks ago, their bodies dumped into “a swampy area” behind their home.

Acting on a tip, deputies found the bodies of Raymond Mark Cline, 33, and Crystal Ann Cline, 37, on Friday, the Polk County Sheriff’s Office said. Investigators learned that Amberlyn Nicole Nichols, who lived at the Cline residence with her boyfriend, had recently tried to sell Cline’s truck for $200, telling at least one person that the owner had been shot in the head, Polk County Sheriff Grady Judd said, according to WTSP.

One of the people Nichols approached about the truck went to police, who went to Nichols. Nichols led them to the badly decomposed bodies.

Nichols, 19, said the couple had been killed because Raymond Cline allegedly stole money from Todd Michael Jackson, who Nichols said is her stepfather.

Nichols reportedly told detectives that Jackson shot the Clines in the head while they were sleeping, and that her boyfriend, 19-year-old Larry James Walters Jr, helped Jackson pull an air conditioning unit out of the window and shove the bodies outside. Then, she allegedly said, they put the bodies on a furniture dolly and rolled them into the swamp.

Nichols and Walters admitted knowing about the murders, detectives said.

UPDATE: Detectives arrested double homicide suspect Todd Michael Jackson, 34, near hislast known place of residence, 1020 Plateau Ave in the Wabash area of Lakelandthis evening. He was taken into custody without incident. He is being chargedwith two counts of First Degree Murder. ORIGINAL POST: Polk County Sheriff’s Office investigating double homicide in unincorporated Polk CountyBased on a tip, Polk County Sheriff’s Office detectives discovered the bodies of 33-year-old Raymond Mark Cline and 37-year-old Crystal Ann Cline in a low lying wooded area behind their residence at 3500 Windy Hill Rd Friday evening, March 6, 2020. Based upon the state of decomposition of the bodies, they had been deceased for some time. It appeared that they had been shot and their bodies dumped in the swampy area.Through their investigation, detectives learned that Raymond Cline regularly scrapped metal up until February 21, 2020, which is the last time he scrapped any metal. Raymond Cline and Crystal Cline were unable to be reached by phone since that time, and family members had not seen nor heard from either one in several weeks. Based on statements from witnesses and interviews, detectives learned that 19-year-old Amberlyn Nichols, also of 3500 Windy Hill Rd., attempted to sell Raymond Cline’s truck in recent days. She told at least one witness that she knew that Raymond and Crystal had been murdered and that their bodies were dumped behind their residence in a swampy area. Detectives learned that Nichols alleged that Raymond Cline stole money from Todd Michael Jackson, who Amberlyn says is her stepfather. She said that Todd Jackson shot the two victims in the head as they slept at the crime scene. The two victims’ bodies were drug out of the home and dumped in the swamp located behind the residence. Detectives have learned that Larry James Waters Jr., Amberlyn Nichols’ boyfriend, also helped clean the crime scene and dispose of the bodies. Detectives have also interviewed a person who claimed he/she was at the residence when Raymond and Crystal Cline were murdered. The witness said he/she observed Todd Jackson pointing a firearm (handgun) at the victims and then shoot both victims. Detectives have interviewed both Amberlyn Nichols and Larry Waters, Jr.—both admitted that they had knowledge of the murder, knew that both Raymond and Crystal were deceased and their bodies dumped behind the house, and did not report this to law enforcement. Nichols admitted that she was attempting to sell Raymond’s truck.Arrested during the investigation are:Amberlyn Nicole Nichols, 19, 3500 Windy Hill Rd., Haines City, FL, Accessory After the Fact (1 count), Dealing in Stolen Property (1 count), Failing to Report a Death (2 counts)Larry James Waters, Jr., 19, 3500 Windy Hill Rd., Haines City, FL, Accessory After the Fact (1 count), Failing to Report a Death (2 counts)Wanted: Todd Michael Jackson, 34, 1020 Plateau Ave., Lakeland, FL, First Degree Murder (2 counts)

Judd said Jackson believed the Clines owed him about $30,000.

“This is one of those things that you know has to be true, because you just can’t make this up,” he said.

An unnamed witness was apparently also at the home when the shootings took place. That witness reportedly told police they saw Jackson point his gun at the victims and shoot them.

Raymond Cline was last seen on February 21 when he recycled some scrap metal for cash. Family members told police they had not seen or heard from the pair since that time.