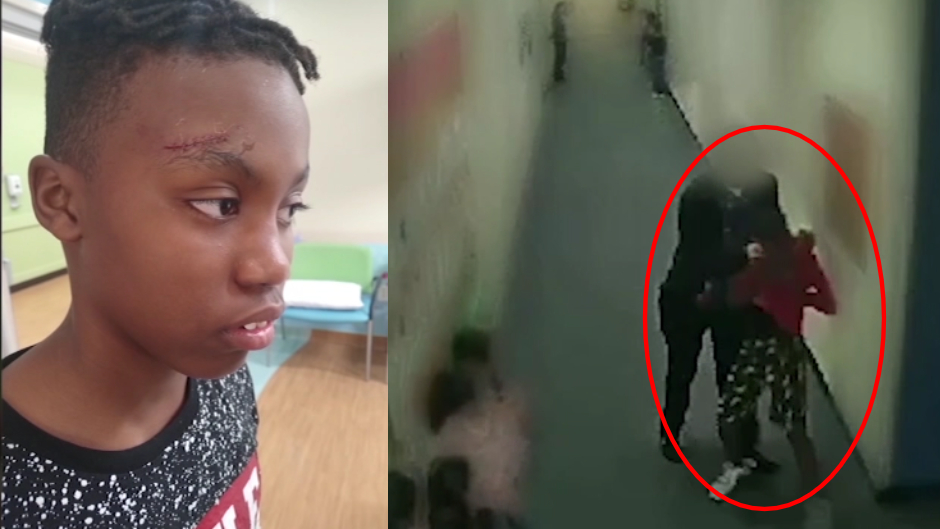 An elementary school teacher in Texas was accused of smashing a 5th grader’s head into a desk for stealing a juice box.

KTRK reported that the incident occurred at Post Elementary School in Harris County. Cameras from inside the school apparently caught the unidentified teacher dragging Kamarui Williamson, 11, from the cafeteria and into a classroom that wasn’t equipped with cameras.

Chelsea Murfree, an attorney representing Williamson’s family, claimed the teacher ripped the boy’s sweater before “violently” knocking his forehead into a desk.

“You see him. At one point, my son’s feet lift off the ground and my son is being choked,” mother Kiana Randolph told the news station. “That was very, very upsetting to watch as a mother.”

Randolph claimed her son suffered a forehead gash which required six stitches to treat. The boy’s injuries were so alarming that he was airlifted to the hospital, KTRK reported.

A district spokesperson said that the teacher involved in the alleged incident is on administrative leave amid an investigation. On Thursday, KTRK reporters visited the teacher’s home and found that it was empty and up for sale.

Murfee said existing laws prevent the boy’s family from suing the school district. Right now, the mother is focused on getting the surveillance footage out to the public.