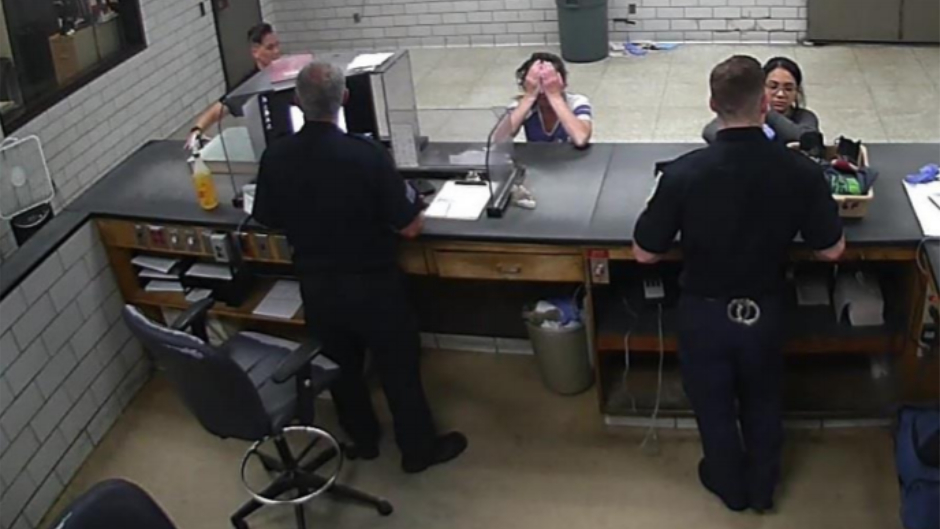 The family of a Vermont woman who died in police custody in 2018 has sued two Massachusetts police departments, alleging the agencies failed to provide her proper medical care despite her repeated pleas for help.

A wrongful death lawsuit filed last week stated that Madelyn Linsenmeir, 30, who reportedly suffered from opioid addiction, died from a “treatable” heart infection on October 7, 2018. A week before her death, Springfield police arrested Linsenmeir for criminal impersonation and having a fugitive warrant in New Hampshire for a parole violation related to a drug offense.

The American Civil Liberties Union (ACLU) released several surveillance videos in which Linsenmeir mentions having chest pain after her arrest. She was ultimately housed at Massachusetts Regional Women’s Correctional Center in Hampden County.

Linsenmeir reportedly asked jail staff for water and to go to the hospital. They responded that her condition “was her own fault for using drugs,” according to the federal lawsuit.

“I need to go to the hospital I am dying i weigh 90 pounds mom I need you,” Linsenmeir reportedly wrote in a text message to her mother on September 28, 2018, a day before her arrest.

In the messages, Linsenmeir expressed apprehension about going to the hospital due to the warrants she had out for her arrest.

Linsenmeir was still in custody when she was rushed to the hospital on October 4, 2018, after staff saw her in medical distress. She died three days later of infective endocarditis, which the lawsuit described as a “life-threatening, but treatable” infection of the heart.

Linsenmeir’s obituary grabbed national headlines for its candid depiction of addiction. It revealed that the young mother struggled to stay sober after her son’s birth, but she relapsed and lost custody.

“We believed as we always did that she would overcome her disease and make the life for herself we knew she deserved. We believed this until the moment she took her last breath. But her addiction stalked her and stole her once again. Though we would have paid any ransom to have her back, any price in the world, this disease would not let her go until she was gone,” the obituary read.

In addition to the city of Springfield and its police department, the Hampden County Sheriff’s Department was also listed as a defendant. Hampden County police’s Public Information Officer, Stephen O’Neil, declined MassLive.com’s request for comment.