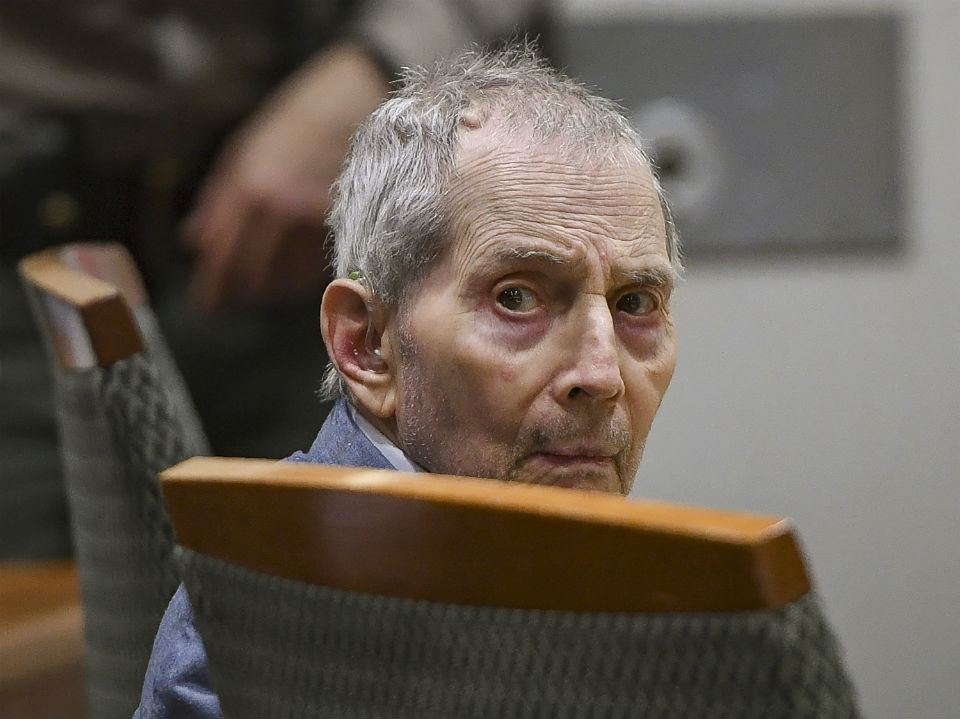 Millionaire Robert Durst not ‘crazy,’ just wants to ‘get away’ with murdering his wife, court claim

Prosecutors at Robert Durst’s murder trial have insisted in court that the accused killer is concerned only with getting away with murder — not someone who suffers from mental illness.

As the New York Post reports, Deputy DA John Lewin said in opening statements yesterday that Durst, who is accused of killing his close friend Susan Berman in 2000, is not “crazy” but a cold-blooded killer.

“Although the murders Bob Durst committed are horrible, they’re not crazy and they’re not the signs of a deranged individual,” Lewin said.  “Cruel, illegal, immoral, homicidal — but not crazy.”

Prosecutors have argued that Durst killed Berman at her home in Los Angeles because she knew that Durst allegedly killed his first wife, Kathleen Durst, whose body has never been found.

“Bob Durst killed Kathie Durst in the midst of a nasty divorce,” Lewin reportedly said in court on Monday.

“He killed Susan Berman because he was afraid that Susan Berman was going to reveal what she knew [about Kathie’s death].”

Durst was previously acquitted of the murder of Morris Black, a neighbor in Galveston, Texas, who Durst said he killed in self-defense. Although Durst admitted to dismembering Black’s body, he was nonetheless found not guilty.

“When Bob Durst killed Kathie, he killed Susan [Berman] and Morris [Black] as well because once that happened, once he did that, there was no turning back,” Lewin said in the closing statements of his opening argument, the New York Post reports.