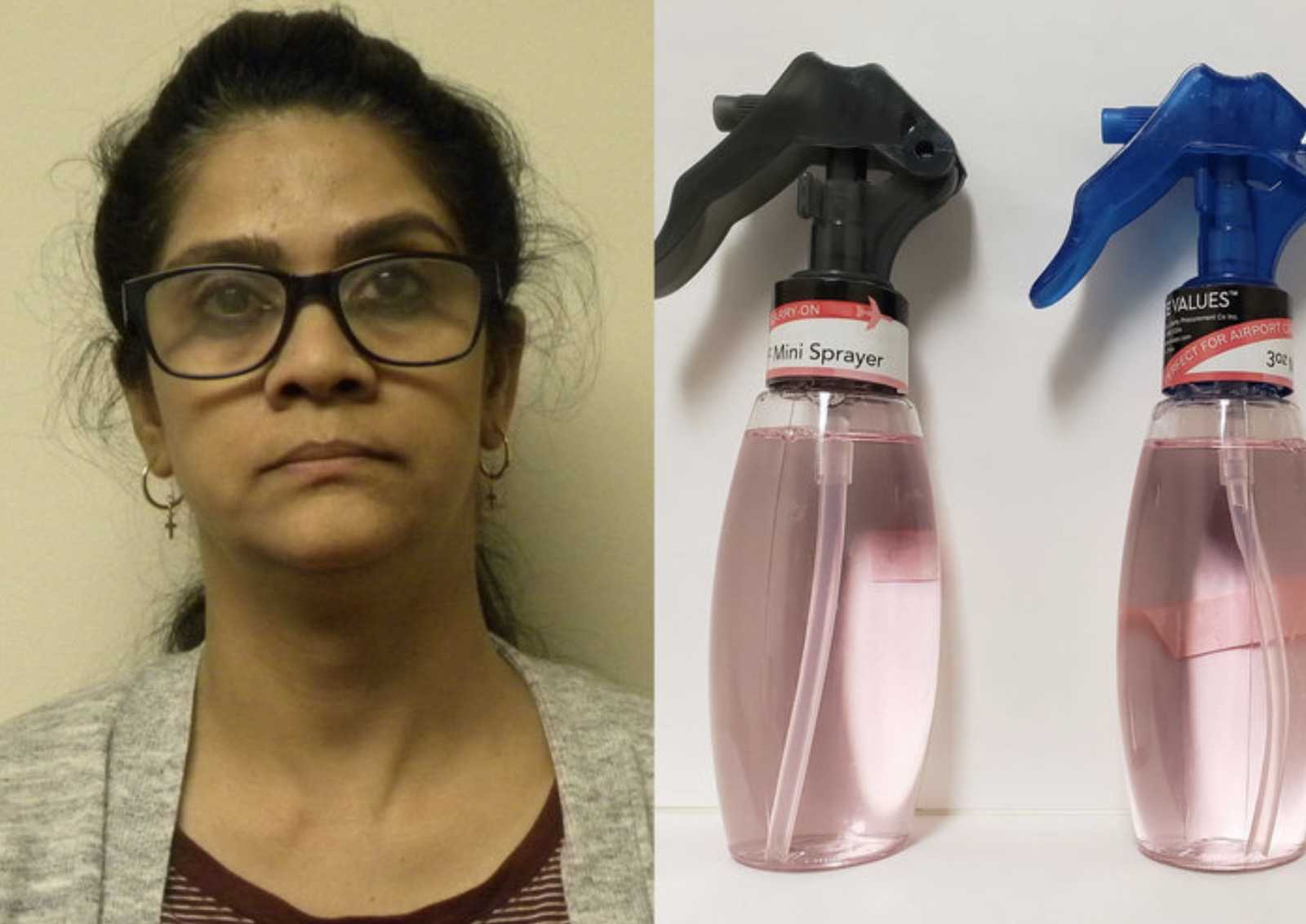 The River Vale Police Department launched an investigation on Monday evening when photos of a boy with burns on his leg were posted to social media. The investigation led to the River Vale 7-Eleven, where officers seized unsold bottles of the spray.

Manisha Bharade, 47, was charged with four counts of endangering the welfare of a child and one count of deceptive business practices, Attorney General Gurbir S. Grewal and Bergen County Prosecutor Mark Musella said in a statement.

In all, four boys (three 10 year-olds and one 11 year-old) were burned by the spray.

Grewal and Musella said their primary focus was consumer safety, particularly as COVID-19, the illness caused by a novel coronavirus first documented in Wuhan, China, spreads. The World Health Organization named the disease pandemic this week, meaning that it has now spread over much of the world.

Several recipes for hand-sanitizer have sprung up over the Internet as consumers bought out supplies of commercially available sanitizer.

“Bharade mixed commercially available foaming sanitizer, which was not meant for resale, with water and packaged it in aftermarket bottles,” the prosecutors said. Investigators are conducting further analysis to determine how the chemical reaction that caused the burns occurred.

“She wasn’t trying to make a lot of money and obviously didn’t mean to hurt anybody,” a law enforcement official told the Pascack Valley Daily Voice. “But she’s no chemist.”

Additionally, the state Division of Consumer Affairs launched “an investigation into the store’s practices regarding the sale and promotion of health and sanitation products.” That investigation is focused on products offered for sale after December 31, 2019, when Chinese government officials first confirmed cases of COVID-19.