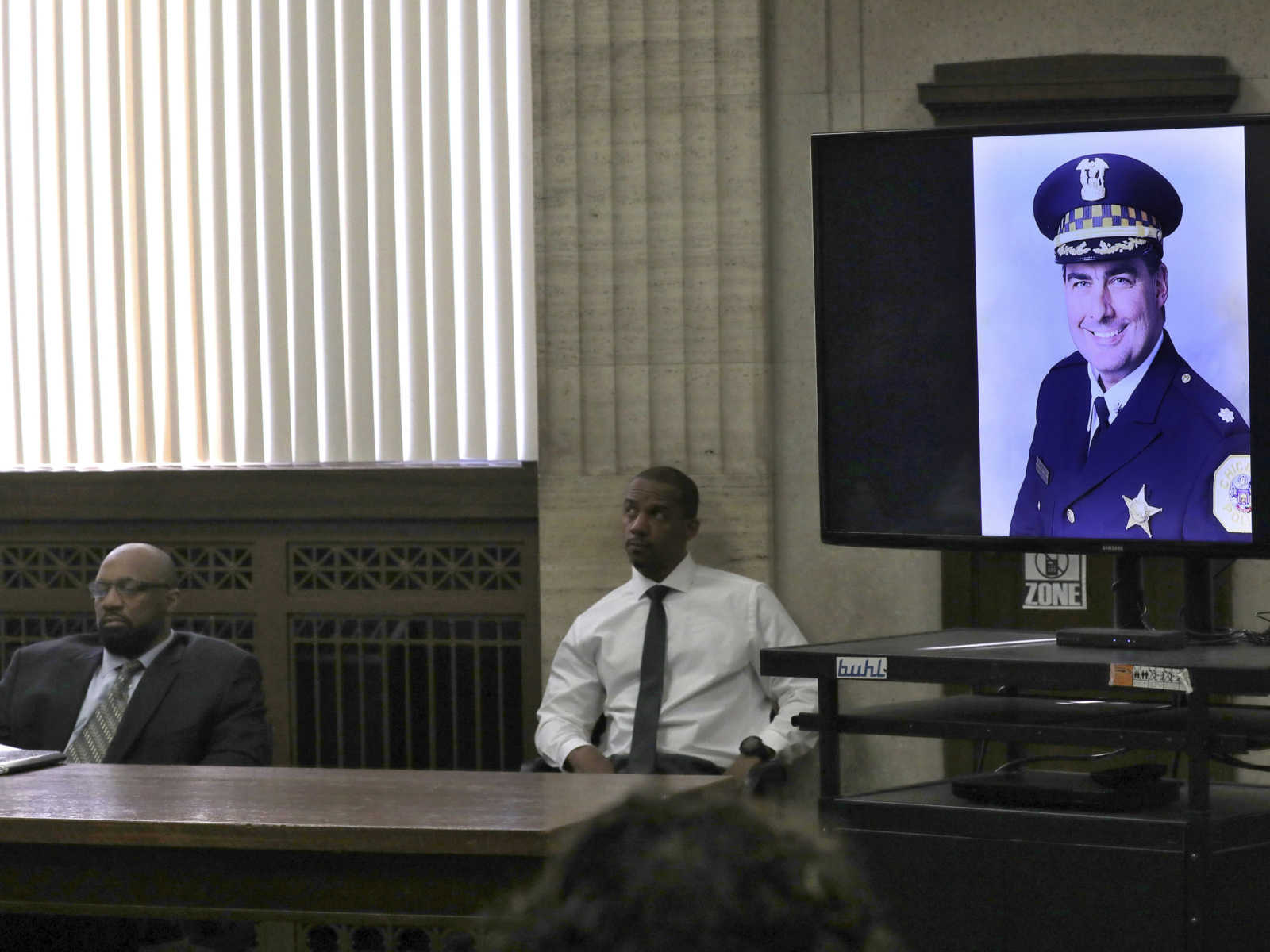 A jury in Chicago on Friday found a small-time drug dealer guilty of first-degree murder and armed violence for shooting a police commander to death in a downtown stairwell in 2018, the Chicago Sun-Times reported.

Shomari Legghette, 44, was wearing body armor when he shot Cmdr Paul Bauer, 53, seven times with a semi-automatic handgun. Legghette ran from police trying to stop him to question him about another shooting, and Bauer, who was nearby, heard the call over police radio and spotted a man matching the description, as CrimeOnline previously reported.

Bauer gave chase, captured on a cabbie’s cell phone and surveillance cameras, until the two ran into a Thompson Center stairwell and out of view. Twenty-five seconds later, gunshots rang out.

Legghette’s attorney argued during the week-long trial that his client, a four-time felon who had spent 16 years in prison and was out on parole, didn’t know Bauer, who was not in uniform, was a police officer. But prosecutors said that just wasn’t possible.

“Outmuscled, outsized, outgunned. Cmdr. Bauer is down there 25 seconds before [Legghette] pulled the trigger, his radio squawking, his cuffs out,” prosecuting attorney John Maher said. “When those cuffs came out, Legghette knew he was going back, and that was not going to happen. So he [Legghette] shot him down.”

Bauer’s family issued a statement after the verdict:

“Today is a bittersweet day for everyone who loved Paul. We are so happy and relieved with the verdict, but we are overwhelmed with sadness that he is no longer with us.”

Bauer, a 31-year veteran of the Chicago police force, was a popular officer in the 18th District community, hosting a monthly “Coffee with a Commander” chat with community  members at a local cafe.

According to police, Legghette has also been previously charged with heroin possession, armed robbery, possession of a firearm with a defaced serial number, and unlawful use of body armor, among other crimes.