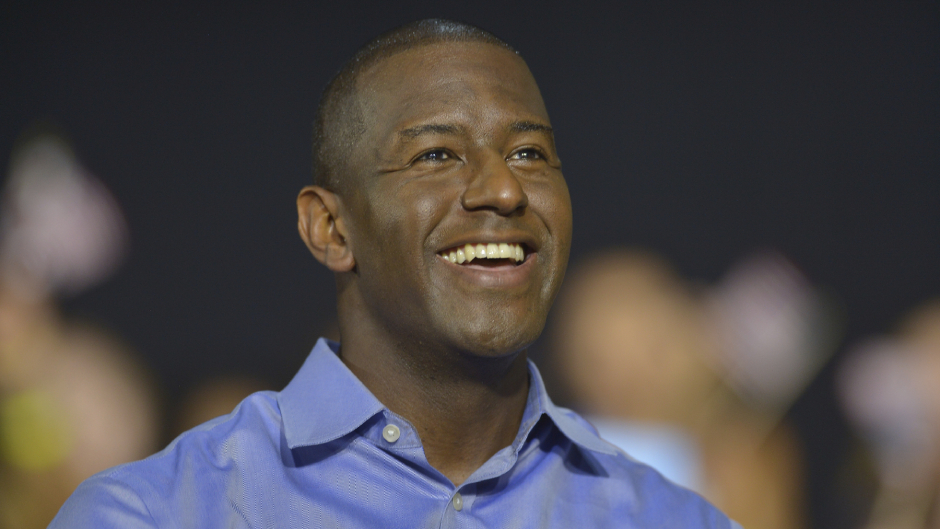 Andrew Gillum — Tallahassee’s former mayor who barely lost a 2018 bid to be Florida’s governor — was reportedly found drunk in a hotel room with a male escort who suffered an apparent drug overdose.

The reported incident involving Gillum, 40, occurred early Friday at a hotel in Miami Beach. The Palm Beach Post reported that responding officers found Gillum in the room with two other men, one of whom was suffering a possible overdose.

The police report stated that officers discovered three small bags possibly containing crystal meth on the bed and floor. While officers wrote that they were unable to speak with Gillum due to his “inebriated state,” the news outlet reported that former mayor appeared fine when speaking to firefighters a short time later.

Gillum — a married father-of-three and CNN political analyst — claimed in a written statement that he was attending a wedding in Miami when first emergency responders were called to tend to one of his friends. He also denied ever using methamphetamines.

WPLG reported that the 30-year-old man who possibly suffered a drug overdose advertises himself as a gay male escort on Rent Men. The man is reportedly in stable condition following Friday’s incident.

The third man in the hotel room, who is an unlicensed physician, reportedly told officers that he entrusted his credit card to the alleged escort, who allegedly also identifies himself as a registered nurse on social media, to obtain the room.

The physician reportedly claimed he entered the room at 11 p.m. to find Gillum and the alleged escort vomiting. After the man collapsed, the physician performed chest compressions and called 911, according to WPLG.

No arrests were made in connection with the suspected meth found in the hotel room. A Miami Beach police spokesperson told the Tallahassee Democrat the incident isn’t being treated as a criminal matter.