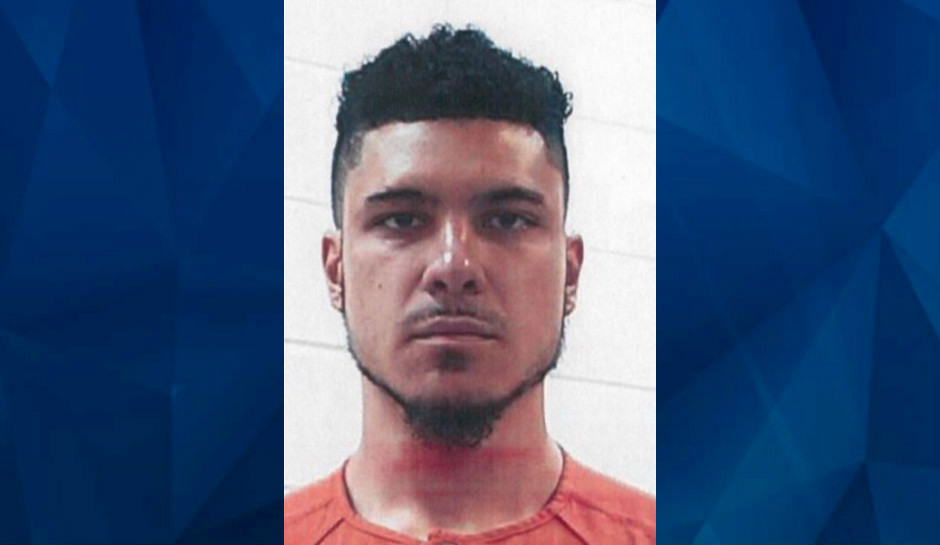 A 25-year-old former Georgia corrections officer is behind bars this weekend after being charged with the murders of his mother and stepfather.

Anthony Douglas Shoffner has been charged with two counts of murder in the stabbing deaths of Rebecca Griffin, 46, and Kenneth Griffin, 42, according to the Macon Telegraph.

Perry police officers found the Griffins bodies at their apartment on Wednesday when Kenneth Griffin’s workplace called and reported he had not come to work and they couldn’t reach him.

“I think it started with him and the stepfather,” Dykes said. “During the mix, (he) ended up stabbing the stepfather and then the mother … They eventually succumbed to their injuries.”

Late Wednesday afternoon, police were looking for Shoffner, who lived at the apartment with his mother and stepfather. At about 4:30 p.m., they got a call that a man had threatened a maintenance worker at an apartment complex a few miles away with a baseball bat while brandishing a knife. It turned out to be Shoffner, who fled before officers arrived, but minutes later, another call came in about a disturbance at a nearby Walgreen’s, WMGT reported.

“We were there within seconds because we’d already swarmed the area looking for him, and it was right at shift change, so we had about 14 units out in close proximity … and took him down there,” Dykes said.

In addition to the murder charges, Schoffner also has been charged with aggravated assault for the attack on the maintenance man.

Schoffner worked as Georgia Department of Corrections officer at Macon State Prison and the Georgia Diagnostic and Classification State Prison between July 21, 2014, and February 11, 2016, when he was fired. Schoffner lost his job because he was one of 45 DOC officers indicted on charges of smuggling contraband into prison and accepting bribes to cover up drug deals, part of an undercover federal investigation.

Schoffner is being held at the Houston County Jail without bond.