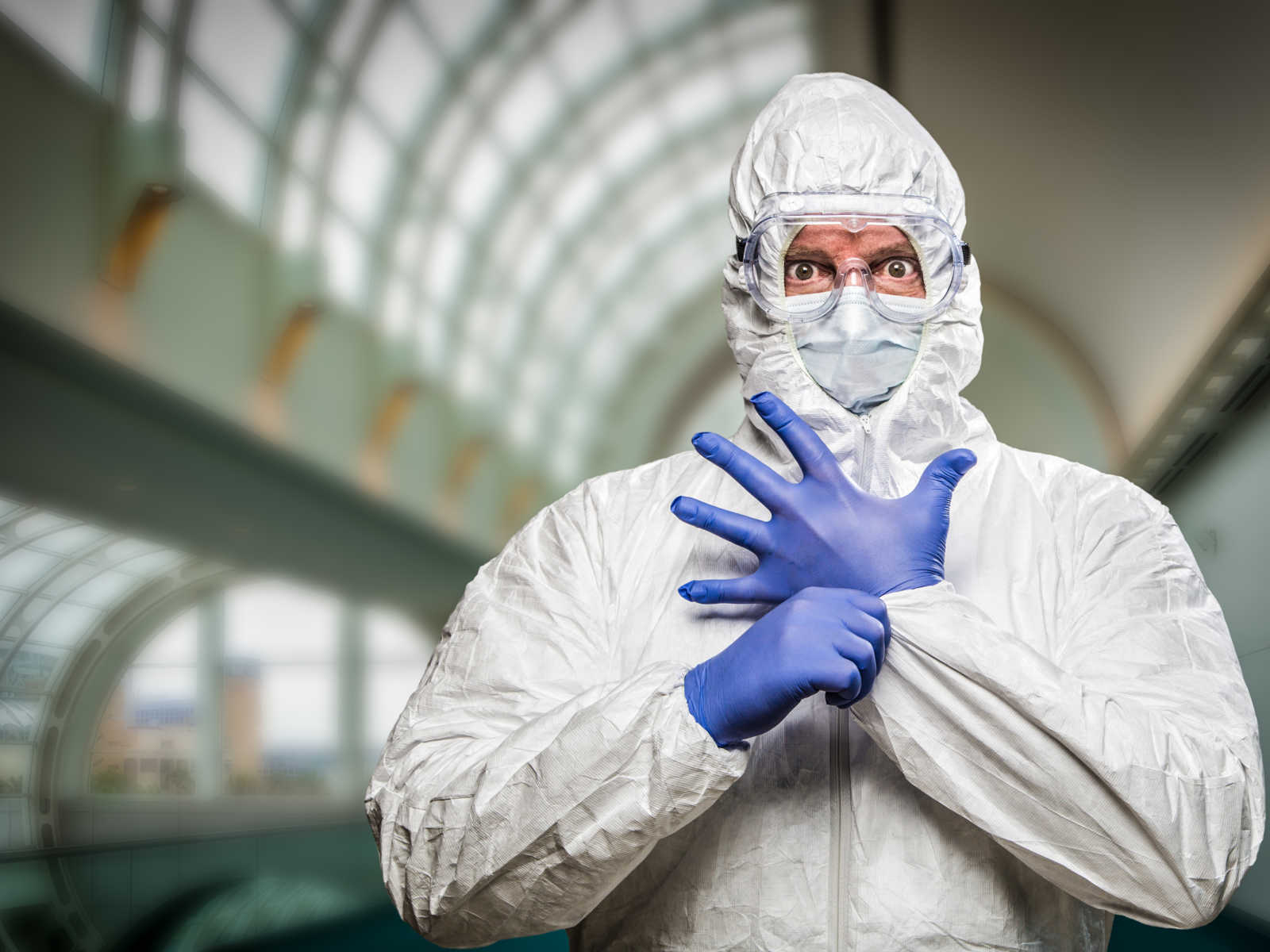 A man in a hazmat suit dashed into a Las Vegas Walmart shortly before 8:30 p.m. Saturday night, but he wasn’t there to stock up on supplies. Instead, he sprayed a clear liquid of unknown origin onto people, conveyor belts, fresh food, and other items.

Police said 13 people came in contact with the liquid, 8 News Now reported. All were checked out at the scene, and none were showing any symptoms, they said.

A witness followed the “suspicious person” outside and got his license number. Police said he was in custody, but it wasn’t clear if he would face any charges, at least until lab tests confirmed what was in his spray bottle.

“He had some clear liquid in it with the painter’s tape, something written on it,” witness Zandra Calma told 8 News Now. “He was just spraying unnecessary things and peoples’ personal spaces, on conveyor belts, and worst of all, by the fresh foods.

Police used a news conference later Saturday evening to stress best practices during the pandemic caused by the spread of the novel coronavirus.

“One of the things we want to urge the public is that we know that there’s a difficult time going on with the world right now,” Officer Aden OcampoGomez said, “but there is no reason for you guys to be going into the stores late at night and hoarding some of the supplies, due to the fact that there are plenty of supplies left in the stores at this point.”