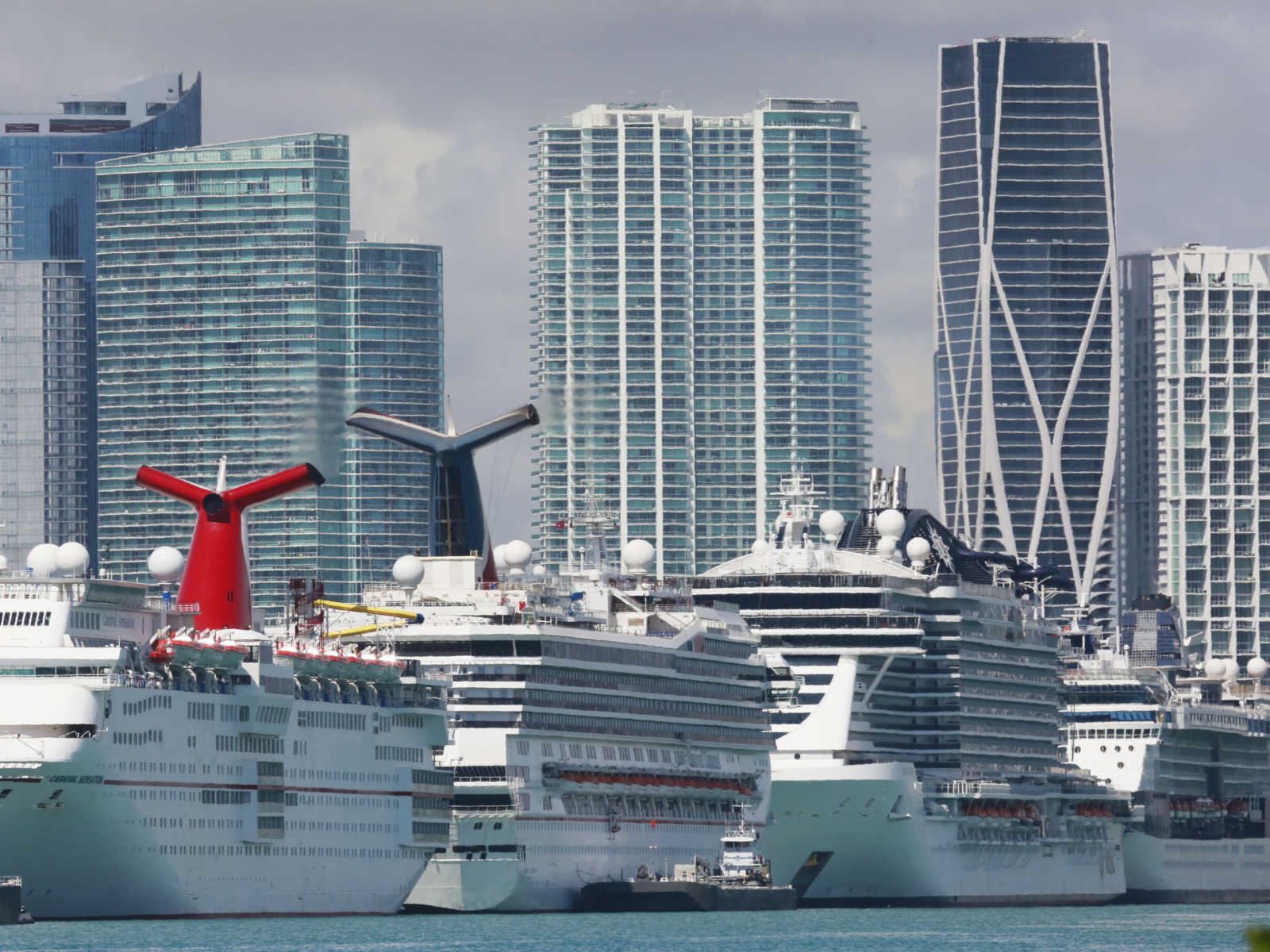 Thousands of cruise ship passengers arriving in Miami have been permitted to disembark normally despite confirmation that a previous passenger on the same vessel tested positive for the coronavirus.

The Miami Herald reports that 3,877 passengers disembarked the MSC Meraviglia on Sunday, days after a passenger who would later test positive for coronavirus got off the same cruise ship on March 8. None of the nearly 4,000 passengers were tested for coronavirus, and many were headed straight to the Miami International Airport, according to the report.

The coronavirus patient disembarked in Miami on March 8 after an eight-day cruise; at that time, 103 passengers and the ship’s crew remained aboard. Thousands of new passengers boarded the ship for the next trip. On March 12, the former passenger tested positive for the virus, and the cruise ship company put seven crew members in isolation who had been in close contact with the infected passenger. According to the report, the thousands of passengers aboard the ship were permitted to disembark normally three days after the confirmation of the positive test. And none of those aboard have been tested, including, apparently, the crew members who were put into isolation.

One passenger who left the ship on Sunday told the Miami Herald that he came home to find a letter under his door from MSC Cruises informing him that a passenger who had recently been on the cruise ship had tested positive for the virus that causes the COVID-19 illness. His account indicates that passengers were unaware of the situation until after they disembarked.

“If we have it, it’s going to spread throughout the country,” the passenger, who requested anonymity, told the Miami Herald.

“When I say there was no check, there was none whatsoever. I expected us to have some kind of a screening. They didn’t do a single thing. We walked straight off the ship. There wasn’t any check on anyone for anything.”

The passenger who provided the interview lives in South Carolina, and told the newspaper that the cruise was a business trip.

A crew member based in the Philippines, who spoke on the condition of anonymity for fear of retaliation from the cruise ship operator, said MSC Cruises has not been in communication with crew members about the passenger who tested positive, adding that the company is sending crew members home as cruise ship operations will be suspended until at least April 30.

“I hope later they will clarify everything cause we are worried so much,” the crew member said in an interview with the Miami Herald via Facebook messenger.

MSC Cruises spokesperson Alyssa Goldfarb issued a statement to the newspaper via email.

“We worked closely with the Health Authorities in Canada, the U.S. Centers for Disease Control and Prevention (CDC) and PortMiami and followed all protocols as required … MSC Meraviglia received clearance after health authorities reviewed all the necessary documentation regarding the health of passengers and crew on board today and throughout the cruise.”

A spokesperson for PortMiami said neither the port director or the mayor’s office had been made aware that a cruise passenger tested positive for coronavirus.

‘I’ll give you coronavirus!’: Woman says she has coronavirus, threatens to cough on police officer [Report]