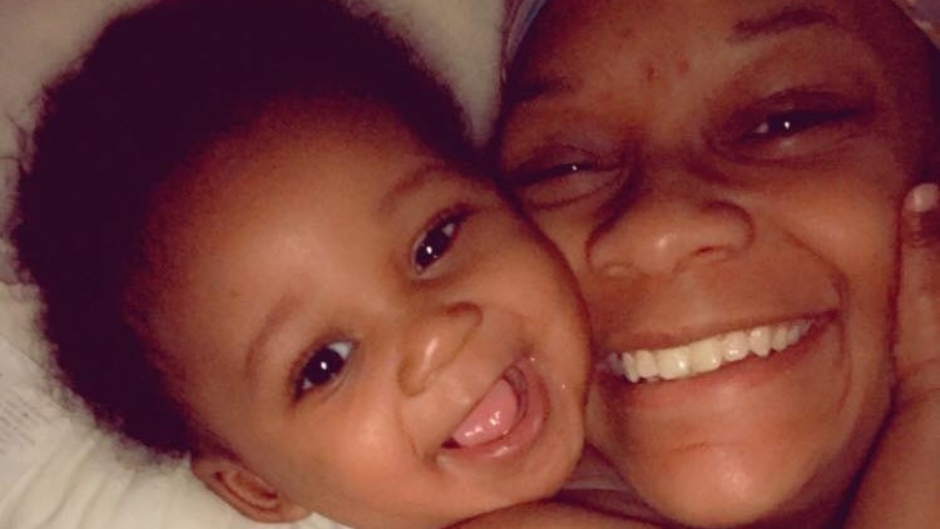 Mother’s boyfriend hurls baby by his legs into furniture, killing him. Pregnant ‘mom’ smokes weed before calling for help: Docs

In a petition filed Wednesday in Kent County Circuit Court’s Family Division, a Child Protective Services (CPS) caseworker wrote that Jermaine Abron, 25, admitted to grabbing Josiah Guyton out his crib by his leg and hurling him into a table and dresser. The infant’s mother, Jada Guyton, 25, was at the store when the fatal incident occurred, according to WOOD-TV.

Wednesday’s filing asked the court to remove Josiah Guyton’s 2-year-old brother from Jada Guyton and Abron’s care. Abron is the surviving toddler’s biological father but not the slain infant’s. The mother-of-two is reportedly three months pregnant with Abron’s child

The petition stated that Jada Guyton returned home and spotted Abron exiting the bedroom where her son was sleeping. She told officers that her son was lying on his stomach and making a “gasping noise” as if he’d been crying, according to WOOD-TV.

“Ms. Guyton inquired about the noise Josiah was making. Mr. Abron admitted to Ms. Guyton that he had dropped Josiah and Josiah had been crying,” the CPS caseworker wrote.

The agency also claimed that Jada Guyton didn’t remove her son from the crib to check on him or ascertain why he was making gasping sounds. Instead, she allegedly left him lying facedown to go smoke marijuana with Abron.

The agency wrote that Abron “abruptly” left the home, prompting Jada Guyton to check on her son. She reportedly called 911 after finding him lifeless in his crib with forehead bruising and a laceration to his nose.

Josiah Guyton was pronounced dead at the hospital on March 4, shortly after authorities found him unresponsive at his Grand Rapids home. An autopsy revealed that the infant died from blunt force trauma to the head, according to WZZM.

CPS noted in the petition that Josiah Guyton also had rib fractures that were about four weeks old. In Wednesday’s filing, the agency also asked the court to terminate the couple’s parental rights.

Police discovered text messages, dated from November 2019 to January 2020, in which the couple refers to beating their 2-year-old child, according to WOOD-TV.

The news station reported that CPS had investigated the family on four instances — once in 2018 and three times in 2019. The agency first got involved with the family after the 2-year-old tested positive for THC at birth.

Last year, Jayda Guyton was cited for improper supervision for an incident involving her and her Josiah Guyton’s father. Shortly thereafter, CPS opened a case on the mother as they believed she wasn’t taking her older son to doctor’s appointments despite the boy having a severe peanut allergy, retractile testes, and a single maxillary incisor.

WOOD-TV reported that CPS offered at least four parenting programs to the couple.

Jada Guyton has not been charged in connection with her son’s death. Abron — who is charged with murder and first-degree child abuse — remains jailed without bond.