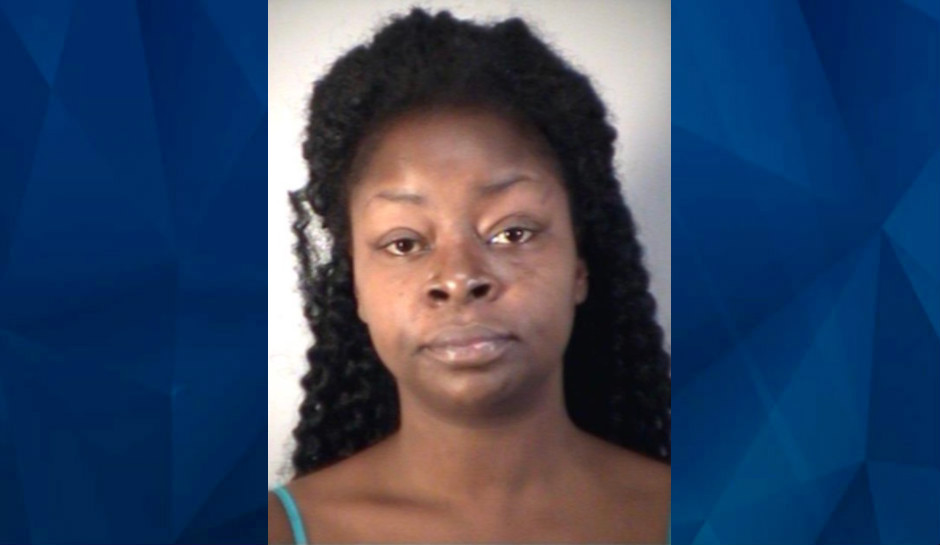 A Florida woman claiming to have a “black belt in martial arts” kicked her boyfriend in the nose when he wouldn’t have sex with her and then coughed “copious amounts of saliva” onto a paramedic’s face while shouting “I have the coronavirus!” the Villages News reported.

La-Donald Holmes, 38, was charged with domestic battery and battery on a firefighter/emergency medical technician, according to jail records.

Citing an arrest report, the Villages News said that Lake County sheriff’s deputies were called to a home in Lady Lake early Wednesday. The boyfriend said the two of them had been lying in bed and Holmes became “very agitated” when he refused her entreaties for sex.

He refused, he said, “because she is leaving him to get back with her ex-husband,” the arrest report said.

At that, Holmes allegedly “roundhouse kicked” the boyfriend in the nose, following up with a punch to the nose. His nose was broken, police said.

According to the Villages News, Holmes was still in bed when deputies arrived, and she kept falling to the ground when they tried to arrest her. Fearing she may be having a medical episode, they called paramedics to the scene. When the paramedics tried to secure her to a stretcher, she coughed in one of the technician’s face and shouted that she was infected with the novel coronavirus.

Holmes was eventually secured and taken to a nearby hospital for evaluation. After she was medically cleared, she was booked into the Lake County jail and later released on a $7,000 bond. She is due in court on April 13, jail records indicate.