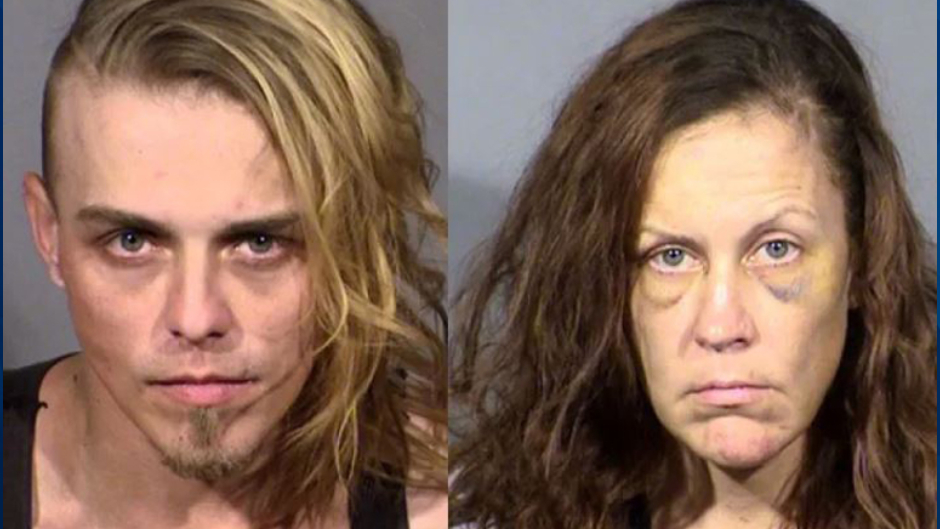 A couple arrested in Nevada in February after the woman’s 11-year-old son’s body was reportedly discovered in the trunk of a car in Texas was hit with multiple child abuse and sex crime charges.

Corey Trumbull, 31, was charged with capital murder, and both he and Stormy Johnson, 37, are facing tampering with evidence charges for the death of Johnson’s son, Logan Cline. The Wichita Falls Times Record News reported that Johnson and Cline were subsequently charged in Nevada with possession of child pornography, sexual assault of a child, lewd acts, and child abuse or neglect.

Trumbull was arrested in Las Vegas on February 26, a day before Cline’s body was found inside a vehicle parked at a Red Roof Inn in Texas. Johnson reportedly told officers that she fled from Trumbull after he beat and choked her with a metal dog leash, according to the news outlet.

Trumbull and Johnson reportedly met in Midland, Texas, and traveled to Wichita Falls before arriving in Las Vegas in early January. The couple lived in their pickup truck with Johnson’s 15-year-old daughter, according to the Times Record News.

Authorities haven’t disclosed Cline’s cause of death. Johnson and Trumbull remain jailed in Nevada on fugitive warrants out of Texas. Their bonds were set at $100,000 each for the charges they’re facing in Nevada.

How do you protect your children from predators? Join Nancy Grace and a team of world-class experts for the online course ‘Justice Nation: Crime Stops Here’.
[Featured image: Corey Trumbull and Stormy Johnson/Las Vegas Police Department]