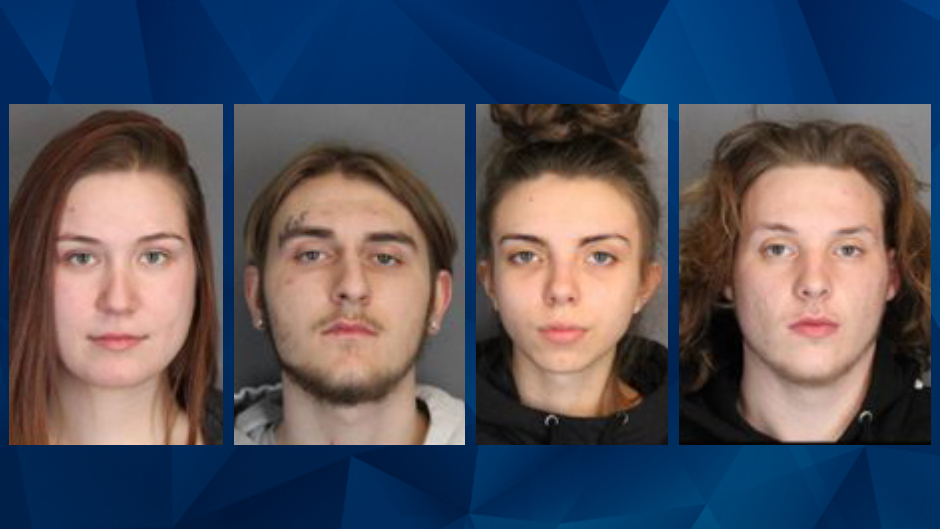 Four teens in New York are facing criminal charges for allegedly attacking and robbing a woman at a store late last month.

On March 23, Monroe County police responded to a reported robbery at a Family Dollar in Hilton. Police said the victim claimed a group of teens harassed her for wearing a respirator mask and accused of her having the coronavirus, according to the Rochester Democrat & Chronicle reported.

The suspects allegedly punched the woman in the face and took her keys and wallet as she left the store. The news outlet reported that she sustained minor injuries.

The teens allegedly fled in a vehicle but police ultimately arrested them in Ogden during a traffic stop. The suspects —Rocco Gingello, 18, Alexis Gingello, 19, Taya O’Connor, 18, and 19-year-old Nicholas Henderson — were charged with second-degree robbery.

Henderson was also charged with criminal possession of a weapon and various driving violations in connection with last month’s incident.

According to the Democrat & Chronicle, police said the crime was not racially motivated and they don’t expect to file additional charges in this case.

The four teens were arraigned in Parma Town Court and released. WHEC reported that Monroe County police attributed their release to the state’s new bail law.

A court date is pending.