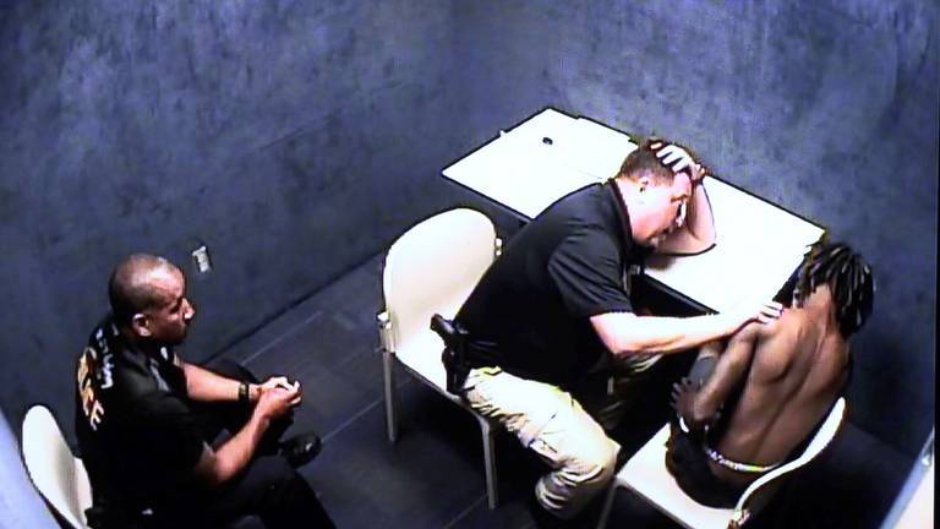 VIDEO: Dad claims he told 3 young kids he loved them before stabbing them to death, one by one

Police in Georgia recently released a recorded interview with a man who admitted to fatally stabbing his three children and his kids’ mother last year.

The Ledger-Enquirer obtained video footage in which Brandon Jackson, 27, tells Columbus police that his children watched as he killed their mother, Jerrica Spellman, 29. Jackson recounted telling his children “I love you” and murdering them one by one.

Brandon Jackson reportedly first stabbed his son, King Jackson, 2, in the neck and chest, then his 1-month-old daughter, Khristian Jackson.  His murderous spree ended with the death of his daughter, Kensley Jackson, 1.

Before dying, Brandon Jackson claimed Spellman told him and their three children that she loved them and she was sorry for everything.

Brandon Jackson was recorded telling officers that he killed the children after murdering Spellman because he didn’t want anyone else caring for them.

“Like I said, I don’t want nobody raising my kids. I don’t like it if someone else disciplines my kids.”

The video, along with bodycam footage and case files related to the July 2019 slaying, became public record months after Brandon Jackon’s reportedly hanged himself in December while housed at Muscogee County Jail.

The Ledger-Enquirer reported that officers attempted to question Brandon Jackson immediately after arresting him but he was incoherent because he attempted to overdose on over-the-counter drugs.

Brandon Jackson was believed to have ingested heroin before killing Spellman and their three children.