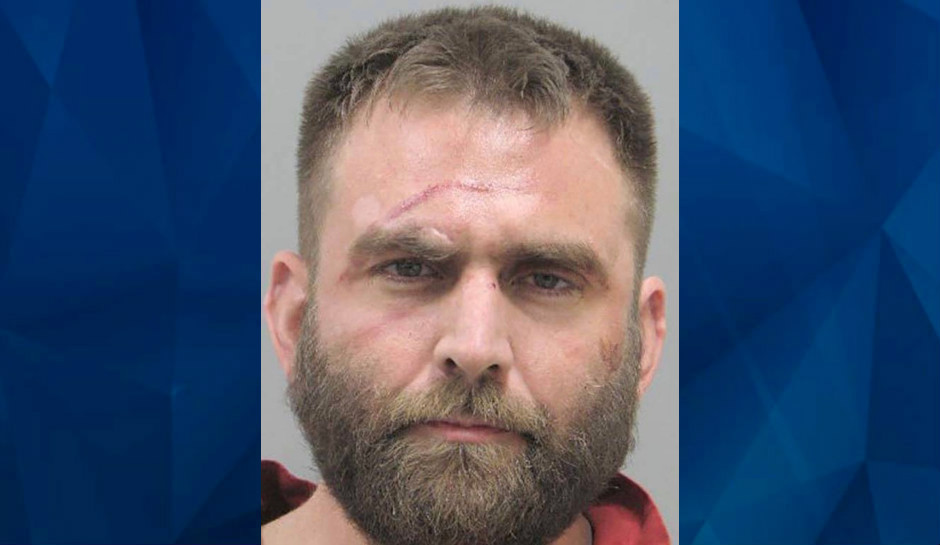 The son of one of the Oklahoma City bombers was jailed last month on kidnapping and other charges after he and two other people allegedly lured an elderly jewelry into a vacant home and robbed him of several hundred dollars, his jacket, and jewelry, the Las Vegas Review-Journal reported.

Joshua Nichols, 37, is the son of Terry Nichols, who is serving a life sentence for helping Timothy McVeigh build the bomb he used to kill 168 people at the Alfred P. Murrah Federal Building in Oklahoma City on April 19, 1995. McVeigh was executed in 2001.

Henderson, Nevada, police said the jeweler told them Nichols, another man, and woman lured him into the house to appraise some jewelry, which turned out to be some costume jewelry. The jewelry, 67, said that he “heard a noise, which he later learned was the slide being manipulated on a handgun, behind him,” according to the police report.

Joshua Nichols was wielding the weapon, and he ordered the victim to take of his coat and pants. Nichols took $1,700, his jacket, bracelets, a ring and a cellphone, he said, before all three fled.

The police report said a neighbor’s security camera showed a rented Cadillac driving away, and the car was traced to a woman with ties to Nichols and George “Tre” Moya, who was the other man in the house. The victim identified Moya and Nichols as his attackers in photo lineups. A warrant has been issued for Moya, and the woman has not been charged, police said.

Nichols has been charged with kidnapping of an older person with a deadly weapon, burglary while in possession, robbery, conspiracy and ownership/possession of a gun by a prohibited person and is being held on a $250,000 bond. He is next expected in court on April 7.

Nichols pleaded guilty to stealing a motorcycle in Las Vegas in 2008 and was given probation.