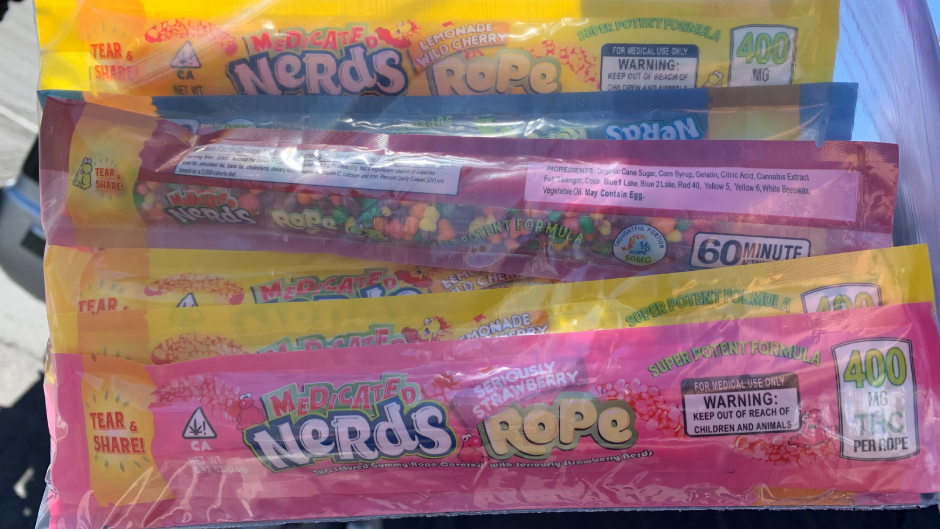 Police in Utah are investigating after at least five children reportedly ate THC-infused candy that they received from a food bank on Friday.

KUTV reported that an 11-year-old and 5-year-old girl were hospitalized after eating “Medicated Nerds Rope.” The younger girl’s father told the news station that the girl’s grandmother picked up the food, and she ate the medicated candy at her home.

On Friday, the Utah Food Bank reportedly gave 63 bags of food to 63 families at The First Baptist Church in Roy. Local police said in a Facebook post that they believe 3 to 4 packages of Medicated Nerds were placed in each bag of food.

Each family reportedly received one bag of food. Police claimed the candy was in its original packaging, which includes a THC warning label and dosage information.

“Once it was determined that the candy was inadvertently placed in the bags that were distributed, it was removed from the bags that had not yet been delivered,” they wrote.

The packaging stated that each rope contains 400 milligrams of THC, or tetrahydrocannabinol. Adults are typically prescribed 15 to 45 milligrams of marijuana’s active ingredient, according to NBC News.

Police told KUTV that five children ingested the THC-infused candy but only two required hospitalization. The 5-year-old girl’s father said he couldn’t be in the hospital with her due to the coronavirus pandemic.

Ginette Bott, the president of the Utah Food Bank, told the news station that they’re “mortified” by the incident. The Food Bank receives donations from various locations, but they’re in the process of ascertaining how the medicated candy ended up being distributed to families.

Police believe the church was the only distribution center to receive the medicated candy. They’ve asked anyone who might’ve received a bag containing the candies to call 801-629-8221 so an officer can come and collect it.

Bott said, “Any time any kind of a product like this comes into a food chain or food supply, this is a criminal offense. This is something not to be taken lightly.”

Join Nancy Grace for her new online video series designed to help you protect what you love most – your children.
[Featured image: Roy Police Department]