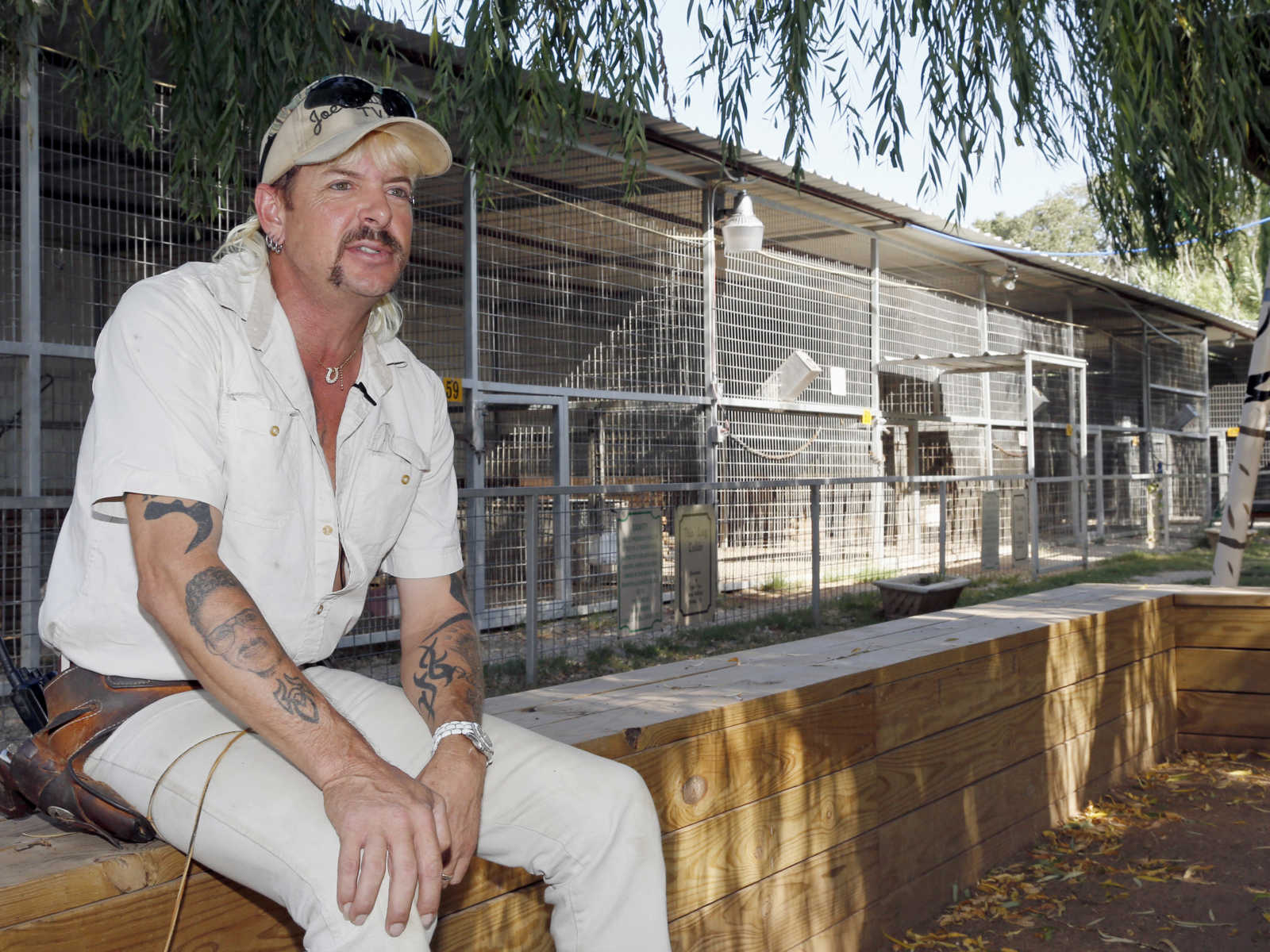 It has captivated a quarantined nation. It’s a gumbo of trash TV. It’s got a gay cowboy mullet-wearing, gun-toting tiger owner ringleader who marries two men at the same time. His mortal enemy is a bike riding, millionaire marrying, large cat rescuer whose first husband disappeared and is presumed murdered.

When you mix tigers, monkeys, felons, weapons, and millions of dollars on top of a missing person case — combined with a murder for hire —well, you have a hit television show, “Tiger King.”

You also have real victims, real family members and real law enforcement trying to wade through all the hoopla and find factual evidence and solid leads that will help them offer Jack Don Lewis’ family some bona fide answers.

At the top of this task is Sheriff Chad Chronister. He is a no-nonsense lawman. He was clear right off the bat with me.

“I don’t have an ego in this. I want answers for his family and if you can help me with that, I’ll do whatever it takes.”

The sheriff also apologized for calling back 12 minutes past our agreed time. He had to defuse an arrest that he was forced to make of a pastor of a megachurch that refused to call off services during the pandemic.

Afterward, he had a murder suspect who took a 2-year-old hostage and was in a standoff with his men. All of this was unfolding right before our call. He did let me know that the 2-year-old had been set free by an alleged killer.

With all of this going on, thousands of people are wanting to know what his department is doing about the missing Don Lewis. Yet, the polite Chronister felt compelled to apologize for calling me back 12 minutes late!

“Law enforcement is one of the greatest callings, but you will not be successful without a burning desire to help others, to be the one with the helping hand,” he said.

The above quote is not just words to Chad Chronister, they are his mantra. He is open and honest about needing help and wanting help.

The sheriff has as many questions as we do.

“Why is there no billboard, no posters, no demand for us to get results in finding him?” the sheriff asked, referring to Lewis, who disappeared from the Pilot Country Airport in Springhill, Florida, on August 18, 1997.

Police found Lewis’ keys, briefcase, and luggage left behind in his white 1989 Dodge van, parked at the airport. Chronister said there was no money trail and Lewis’ two passports to Costa Rica were not flagged.

Speculation has swirled around Lewis’ wife, Carol Baskin, the owner of Big Cat Rescue and the centerpiece of Netflix’s “Tiger King.” Did Carol Baskin kill her husband? Although there are no suspects, Chronister says the details surrounding the case are suspicious.

The last time the Sheriff’s Office had contact with Carol Baskin was in 2011, and according to Chronister, she refused their offer of a polygraph.

“None of it makes sense,” Chronister said. “There are 5,000 things wrong with this case.”

If it doesn’t sound right, feel right or look right; it ain’t right. Chronister did caution that the Netflix show did not get everything right.

“The meat grinders were moved off the property prior to Don going missing, and the septic tank was put in years after he went missing.”

However, that does not mean the meat grinders weren’t moved off the property and used elsewhere.

This case has got to be worked from ground zero. Carol’s pre and post behavior, her statements then vs. now, the 911 call, her husband’s money, the mistress and his van all play key roles in finding answers.

They must also interview Carol’s brother. Do not take the fact that he was arresting a burglary suspect as the reason he didn’t drive Carol home the night Don disappeared and her car broke down.

What was Carol’s demeanor like? What did she say? What was she doing? All of these questions must be answered.

The sheriff says he is getting up to around six tips a day. Most are just people with theories. We need tips to come in that are real facts from witnesses. If you worked with Don or Carol, if you remember a statement, a threat, and note, a sighting, please contact law enforcement.

If you have any information on what happened to Jack Don Lewis please contact the Sheriff’s Office at (813)247-8200.