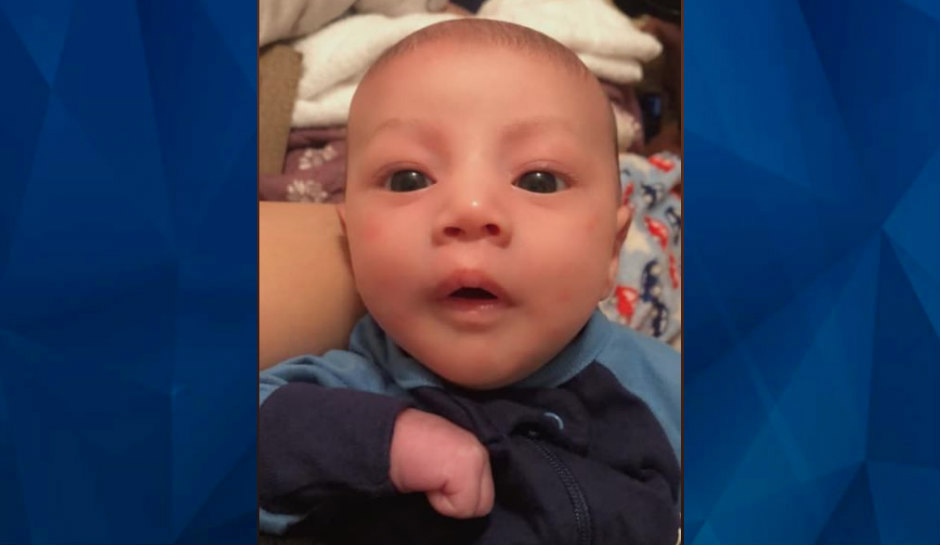 A 1-month-old baby in Texas is reportedly clinging to life after his mother’s boyfriend allegedly shot him in the chest on Saturday.

According to KABB, Lance Tello Jr., 19, is accused of shooting the infant, Armani Cazares, along with the suspect’s 49-year-old mother and 14-year-old sister in their family home. The infant’s mother, Daisy Delacruz, 18, reportedly witnessed the incident.

Delacruz told KABB that hours before the shooting, Tello claimed he was feeling stressed at work and asked her to pick him up. She recounted going to Tello’s home and asking him to feed her son.

Delacruz said Tello suddenly became upset and said he didn’t want to hold her son anymore and he wanted to take a shower. After refusing to speak to Delacruz for hours, Tello reportedly looked at himself in the mirror before retrieving a gun from between some mattresses.

Delacruz recounted Tello pointing the gun at her and eyeing her son.

“I’m telling him, ‘You’re not going to shoot my baby.’ But before I could push him away from me, the gun goes off. And then I’m deaf. And then I turn around and I see my son. My son is on the floor and he’s turning blue,” she told KABB.

Police said Tello then shot his mother and younger sister.

The news station reported that Tello started dating Delacruz when she was four months pregnant with Cazares. He’s not the infant’s biological father.

According to Delacruz, doctors said Cazares’ prognosis is bleak as he’s “practically brain dead.” They reportedly told Delacruz they are awaiting her permission to take the infant off a ventilator.

Tello was charged with injury to a child and aggravated assault with a deadly weapon. He remains jailed on $500,000 bond.