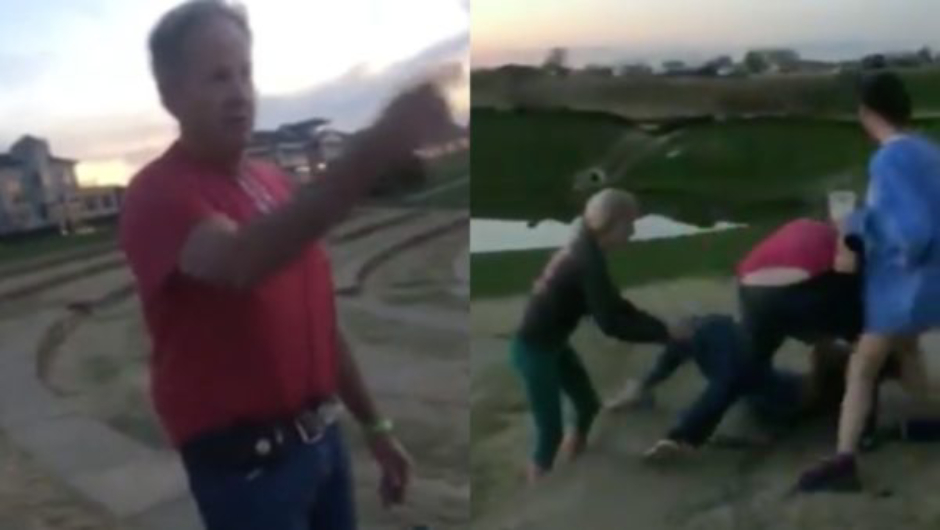 A Kentucky doctor was criminally charged Tuesday for allegedly assaulting a teen girl for not adhering to social distancing guidelines.

John Rademaker, 57, was charged with first-degree strangulation and harassment with physical contact for an alleged incident that occurred on April 3 in Louisville. The Courier Jornal reported that Rademaker was filmed confronting a group before shoving three teen girls and grabbing the neck of an 18-year-old as she argued with a woman accompanying Rademaker.

“Get off of her!” someone is heard screaming as Rademaker appears to assault the teen. “Seriously get off of her.”

Witnesses told the Courier Journal that Rademaker and the woman left the scene following the altercation. Medical personnel checked the injured 18-year-old at the scene but she didn’t hospitalization.

Witnesses claimed Rademaker and the woman confronted a group of nine teens who were watching the sunset the Norton Commons amphitheater. It was reportedly then when a verbal argument about social distancing turned physical.

Rademaker was released from custody on his own recognizance. An arraignment is scheduled for May 8.