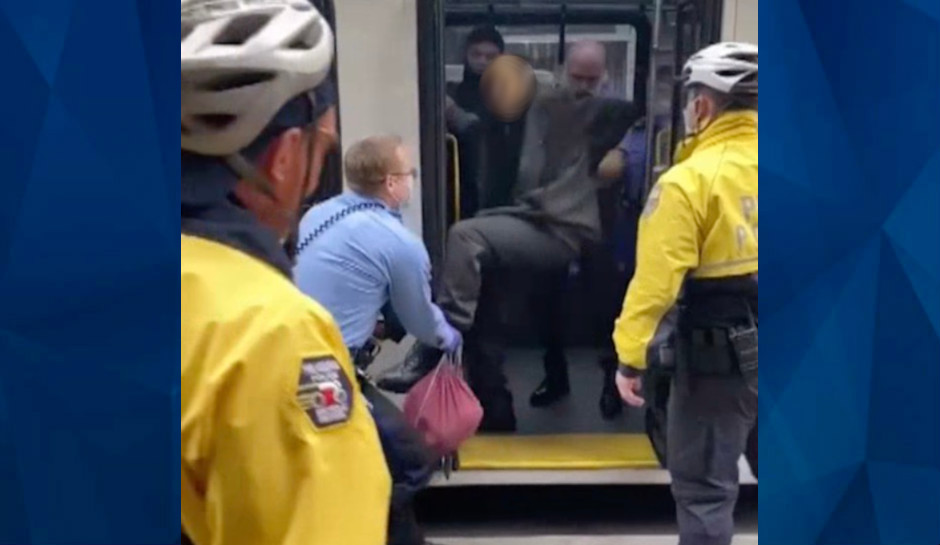 SEE IT: Philly cops drag passenger off city bus for not not wearing a mask

Philadelphia’s city transit system SEPTA said Friday it would no longer enforce a policy requiring passengers to wear a facemask during the coronavirus pandemic after a viral video showed police officers forcibly dragging a man off a bus because he wasn’t wearing one.

SEPTA said the incident, which took place Friday morning, was under investigation, and city and police officials were quick to say that police officers were not enforcing the mask policy — they were enforcing the bus driver’s order for the unidentified man to get off the bus, according to NBC Philadelphia.

“When a bus driver says he’s kicked somebody off for any reason, our officers are going to support SEPTA in that effort,” Brian Abernathy, the city’s managing director, said. “Especially given some of the challenges SEPTA has faced during this crisis.”

The incident took place on a Route 23 bus at 11th and Market just before 8:30 a.m. When the passenger refused the driver’s order to leave, the driver called police. In the video, the man — who is not identified and was not given a citation or arrested — resists while officers grab his legs and arms. He asks why he’s being removed and swears at the officers, who eventually get him out and hold him briefly against the side of the bus.

“I want y’all’s f***ing badge numbers, too,” he says angrily when they release him.

“Our SEPTA bus drivers are front-line, boots-on-the-ground heroes,” Mayor Jim Kinney said. “We are in strange times, and people are reacting in strange ways. But I don’t blame the bus driver.”

SEPTA released a statement about incident that said, in part, “While SEPTA urges riders to cover their faces, those who refuse will not be barred entry to the system.”