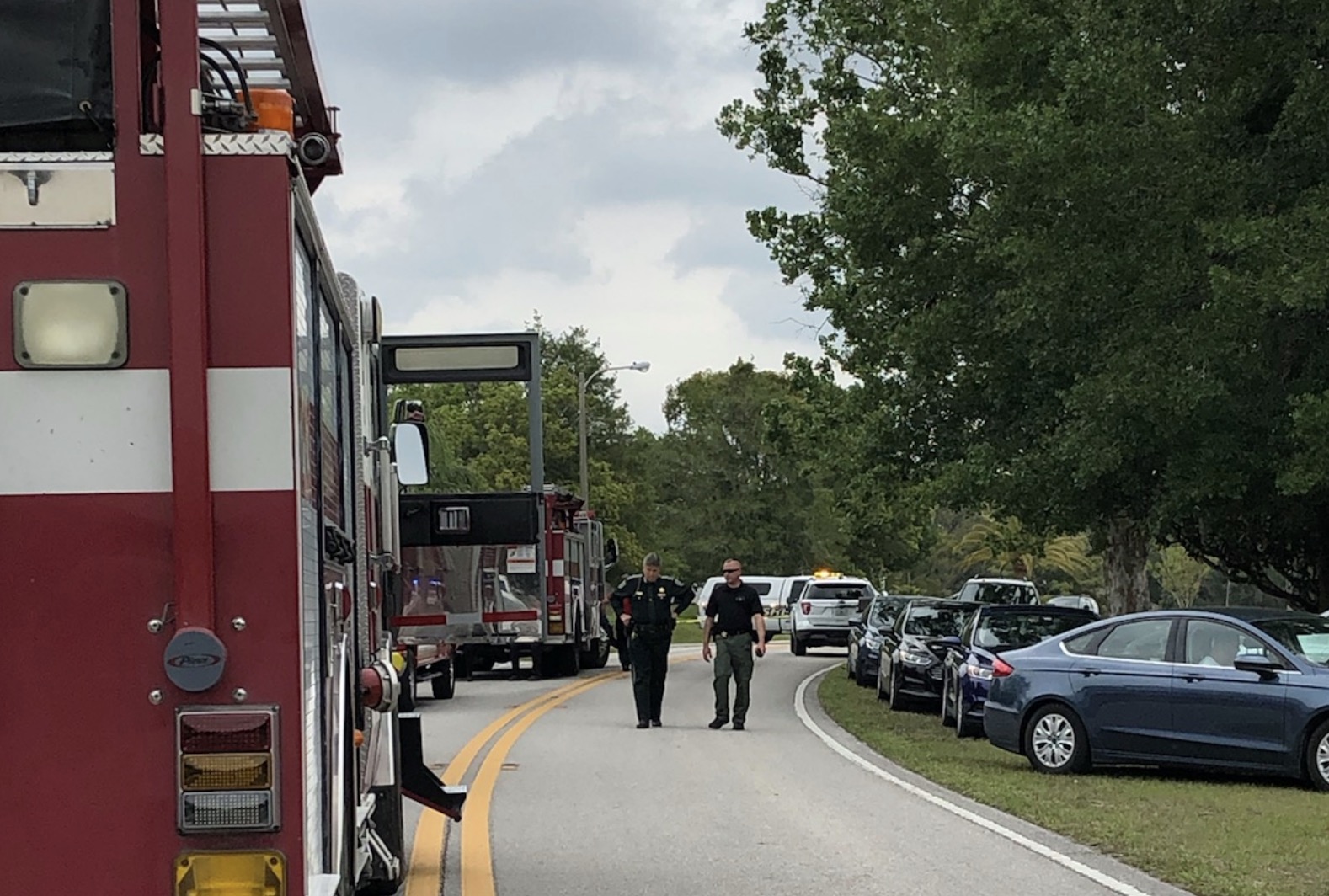 Florida deputies are investigating an apparent murder-suicide in Spring Hill after they were alerted to a home on fire with a man and two children dead inside, the Hernando County Sheriff’s Office reported.

The sheriff’s office identified the dead man as Derick Albert Vasquez, 43, but said only that the children were a girl and a boy, one a teenager and one a pre-teen. They did not say what relationship, if any, they had with Vasquez.

Deputies said they were alerted to the situation by a woman who told them she had a received a suicidal text message early Friday from an acquaintance and immediately drove from Ocala, where she was, to Spring Hill, about 75 miles away, the Tampa Bay Times reported.

When she arrived, she noted the fire and saw at least one person dead inside before she called 911.

The first deputy to arrive on the scene was forced to retreat because of the smoke, but the fire was confined to a bedroom, and Hernando County Fire Rescue quickly put it out. Firefighters and deputies discovered all three bodies.

“The preliminary investigation reveals that Vasquez died as a result of committing suicide after killing the children,” the sheriff’s office said in a statement.

Sheriff’s office records show deputies were dispatched to the residence on March 22 because of a verbal disturbance, they said.

Hernando County Sheriff Al Nienhuis said the incident had “some domestic violence-type overtones” at a news conference on Friday.

A neighbor told the Tampa Bay Times that she had called 911 when she came home from work early Friday and found her next-door neighbor crying and shouting on the curb. “He shot my kids,” Nancy McAlpine told the paper the woman said.

McAlpine said she didn’t know the family well, but said loud arguments were not uncommon at the house, including in recent days.

Police said they’d taken the woman McAlpine saw away from the scene for an interview. It was not clear if she was the woman who came from Ocala because of the text message.