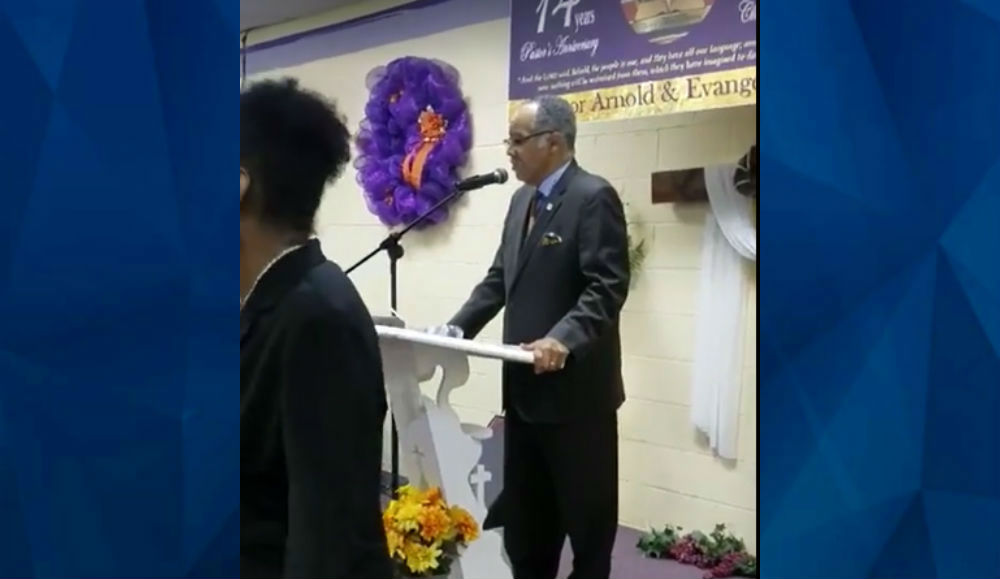 A Virginia pastor who proudly and stubbornly violated social distancing guidelines in order to deliver a sermon last month has died after contracting the novel coronavirus, his daughter has confirmed.

Citing local news outlets, the New York Post reports that Bishop Gerald O. Glenn died this month, a week after being diagnosed with COVID-19. According to the report, the pastor was seen in a video taken March 22 at the New Deliverance Evangelical Church, delivering a sermon to the congregation while acknowleding that he was defying public health guidelines.

“I firmly believe that God is larger than this dreaded virus. You can quote me on that,” Glenn said, insisting that he would continue to deliver sermons unless he was jailed or hospitalized.

Glenn’s daughter told WTVR that her mother had also contracted the virus, and that her father did not initially attribute his symptoms to coronavirus, because he reportedly has a medical condition that causes fevers.

“I just beg people to understand the severity and the seriousness of this, because people are saying it’s not just about us, it’s about everyone around us,” his daughter told the news station.

It is not known how many people attended Glenn’s last known church service. As CrimeOnline previously reported, a choir practice held at a church in Washington state on March 10 led to dozens of infections, classifying it as a super-spreader event. Of the 60 choir members who attended the practice, 45 developed symptoms and/or tested positive for coronavirus, and two died. Sources who attended the rehearsal told the Los Angeles times that the chorale members avoid direct physical contact, and said that no one was experiencing symptoms, raising the question of whether an asymptomatic attendee may have spread the virus through the air while singing.

The New York Post obtained video of Glenn’s sermon that was reportedly delivered on March 22. The New Deliverance Evangelical Church also shared a video of the bishop on its Facebook page on April 5, with a message asking for prayers. It is unclear when that video was recorded.