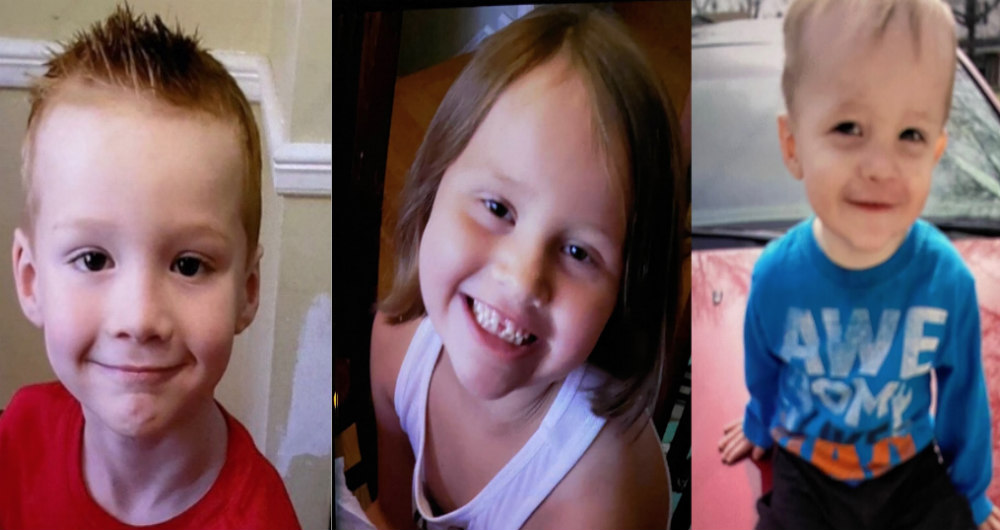 John Varion Allison and Ruby Marie Allison vanished with 6-year-olds Cameron and Emma and 21-month-old Colin Tuesday afternoon as the Roanoke County Department of Social Services was trying to remove the children from their parents’ custody, as CrimeOnline previously reported.

When social workers arrived at the home, they found no one there. Roanoke Police Chief Howard Hall told WSLS that the social workers reached the Allisons by phone, but they were uncooperative.

State Police said that John Allison turned himself into police around 10 a.m. Wednesday at his attorney’s office in Salem. At that time, they recovered a 2006 Cadillac that had been associated with the parents. The mother and the children, however, remained at large at that time.

A few hours later, police announced that the children had been located. WSLS reported that the South Carolina Highway Patrol stopped Ruby Allison on Interstate 95 near Florence and took her into custody. She is in jail in South Carolina awaiting extradition.

Virginia authorities had initially believed the family was heading to Florida but then learned that Ruby may have turned around and was heading back to Virginia. Police said the children will be brought back to the county department of social services.

It wasn’t clear why social services was taking custody of the children.

John and Ruby Allison are both charged with child abduction.