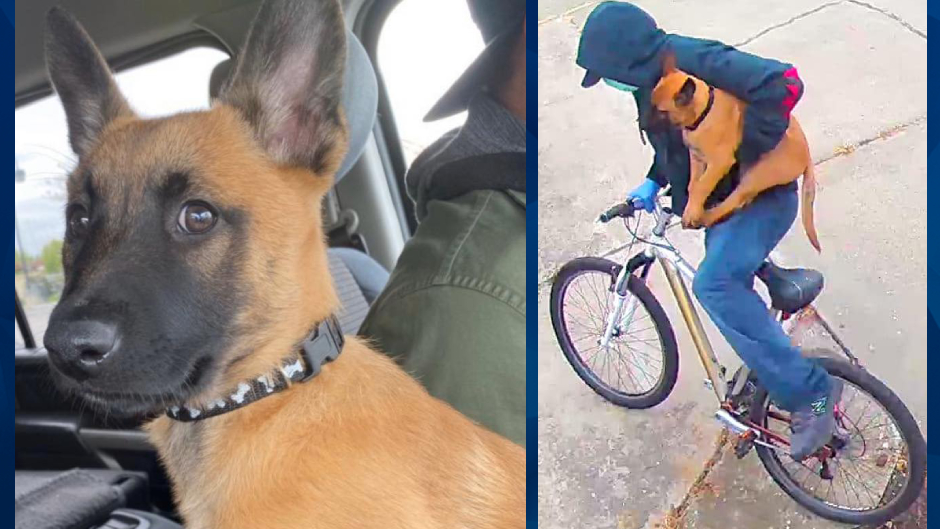 California authorities are asking for the public’s help in locating a puppy stolen from a garage on Saturday morning.

The Concord Police Department said in a Facebook post that they’re looking for a person who was filmed taking an 11-week-old Malinois puppy, named Max, from a residence in Concord. The dog reportedly belongs to Shaila Sheikh, an emergency room nurse who works at a local hospital.

Sheikh told CNN that her family only had Max for two weeks when he was stolen from his kennel.

Here are some clearer still images of the DOGNAPPER. We’re hoping something helps someone recognize this man. If so,…

“Max was helping us start over as a family. I had just moved and it was my kids and me. We had started a new chapter, and Max was an early birthday present for my son,” she told the outlet.

As of Tuesday, Sheikh told CNN they have no major leads on Max’s whereabouts.

Concord police described the suspect as a male wearing a dark hooded sweatshirt with red patches on the elbows, a dark ball cap, blue jeans, dark shoes, and blue rubber gloves. He reportedly fled on a gold and white bicycle.