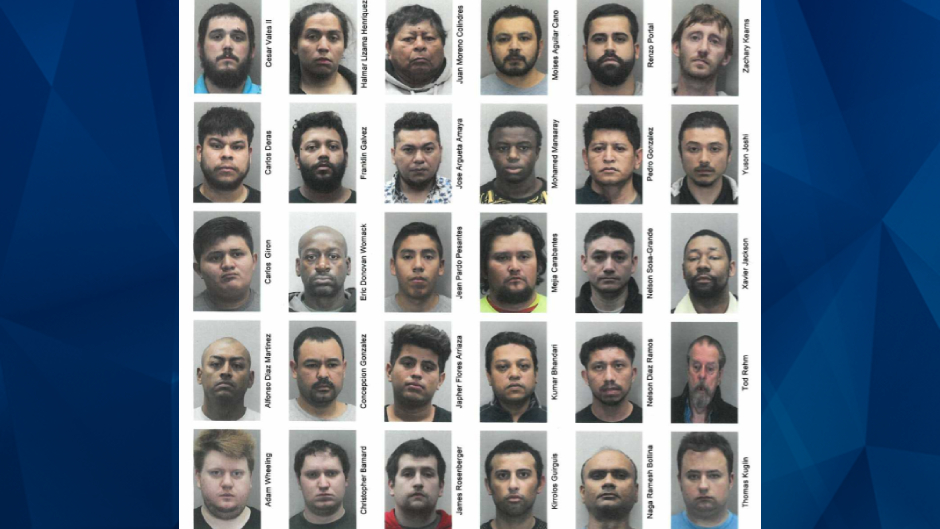 A statewide sting operation in Virginia resulted in the arrests of 30 men who allegedly used the Internet to solicit sex from children.

Fairfax County police revealed in a statement that Operation COVID Crackdown targeted predators who used online platforms to engage in sexually-explicit conversations with children — who were actually undercover police officers.

Detectives reportedly took the men into custody as they arrived at an agreed-upon location.

Fairfax police said the suspects, ranging in age from 20 to 74, are facing a combined 68 felonies. The 30 suspects are primarily residents of Virginia, though some of them live in Maryland and Washington, D.C.

Authorities also warned that children are especially vulnerable to Internet predators right now as their online presence is increased due to widespread school closures and distance learning.

“Our detectives have remained vigilant and they recognized the increased threat posed by online predators in recent weeks,” Major Ed O’Carroll said in the statement.

“I commend their ability to adapt during this unprecedented public health pandemic and to do so in the interest of protecting our children and bringing justice to those who commit these repugnant crimes.”