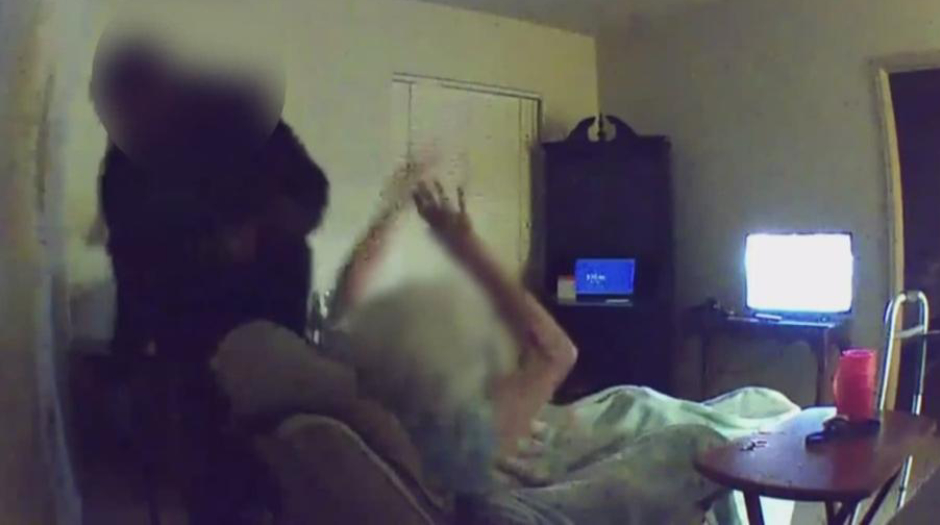 VIDEO: Caregiver hits 96-year-old dementia patient in head for throwing a cup at her [Reports]

A caregiver at an Arizona assisted living facility was arrested on Friday for abusing a 96-year-old woman in her care.

Police said they viewed surveillance footage showing Biamushinga striking the victim in her head three times. Officers reportedly observed bruising to the victim’s eye which was consistent with abuse.

KPNX obtained video footage which apparently shows Biamushinga striking the 96-year-old dementia patient. Court documents alleged that Biamushinga hit the elder after she threw water and a cup at her.

Biamushinga allegedly hit the victim near her upper leg and twice near her left eye and upper head. She was also filmed hitting the victim in the back of her head with a cup.

Court documents stated that the victim was filmed telling Biamushinga to stop “while holding her hands over her head in a protective posture.”

The reported abuse occurred at the victim’s apartment at The Woodmark at Sun City. Maricopa County police said the footage was shown to the care facility — who immediately suspended Biamushinga.

According to authorities, Biamushinga told detectives that she “let her emotions get the best of her.” She allegedly claimed she wanted to apologize to the patient’s family and ask for forgiveness.

Biamushinga was released on her own recognizance. She’s due in court on May 4. The Arizona Department of Health Services told WPNX that they’re investigating the incident.