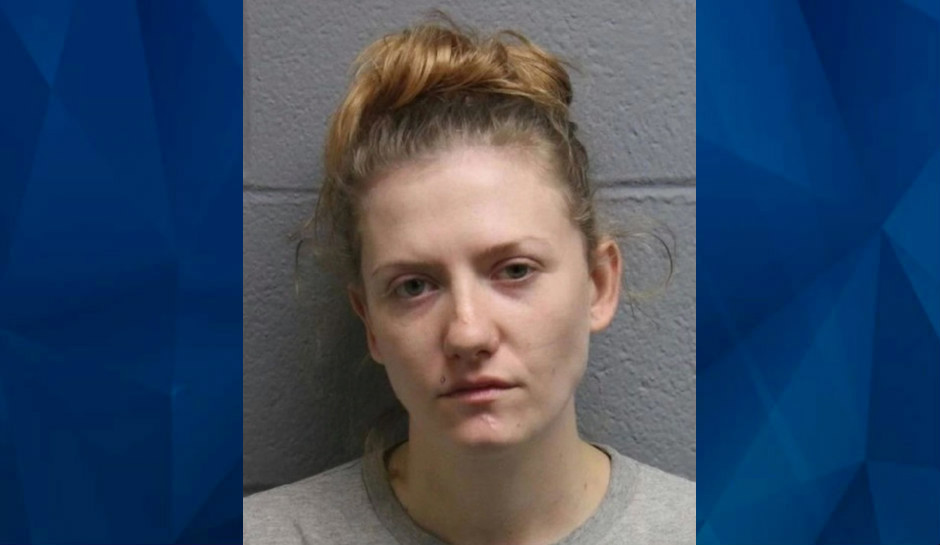 A fourth person has been charged with being an accessory to the kidnapping and murder of a man whose burning body was at the end of a trail of blood in rural West Virginia.

Maryland State Police arrested Emily R. Day, 27, on Friday, and she is being held in Maryland pending an extradition hearing, the Carroll County Times reported.

John Black III, 22; Monroe Merrell, 22; and David Sanford Jr., 26, have already been charged with the March 17 death of Jonathan Riddle. An autopsy determined that Riddle, 33, died from several stab wounds and blunt force trauma to the head, as CrimeOnline previously reported.

On March 17, Riddle was reportedly at Sanford’s home in Westminster, Maryland, to meet a woman. An informant told authorities that they witnessed Riddle fighting with Merrell before Merrell restrained Riddle and ordered Sanford to stab him, according to charging documents.

The Jefferson County Sheriff’s Office did not detail Day’s involvement in the crime, but Brandie Hebb, the sister of the woman Riddle had gone to Sanford’s home to meet, told the Times that Day and Sanford had been in a relationship and that her sister, Heather Grogg, babysat their children.

The sheriff’s office said that Day is charged with being an accessory both before and after the murder, and Sheriff Pete Dougherty said the penalty for an accessory conviction is the same as a first-degree murder conviction — a maximum of life in prison.

“This investigation is not over and the Jefferson County Sheriff’s Office in coordination with other law enforcement agencies continues to follow leads in this case,” Dougherty said.

The Carroll County Times reported that the informant claimed they saw Sanford stab Riddle twice in the stomach. Riddle’s feet were reportedly bound with a sheet as he attempted to escape.

The informant said Riddle was still alive when he was brought to West Virginia  — where he was stabbed multiple times and set on fire to conceal evidence.

Jefferson County, West Virginia, deputies found Riddle’s burning, barefoot body about 40 feet from the road on March 18, and the FBI used fingerprint records to identify him.

During their investigation, police linked a 2015 Chevrolet Malibu with Maryland license plates to the slaying. The vehicle led them to Merrell, who police noted had a small cut on his hand.

The Carroll County Times reported that a bloodstain was found inside the vehicle. It’s unclear who owns the vehicle or how authorities linked it to Riddle’s murder.

Sanford, Black, and Merrell were arrested earlier in April and charged with first-degree murder and kidnapping. They remain jailed without bond.

The Carroll County Times noted that in 2017, Merrell took an Alford plea for kidnapping a woman at knifepoint in 2016. He was sentenced to 20 years with all but five years suspended.