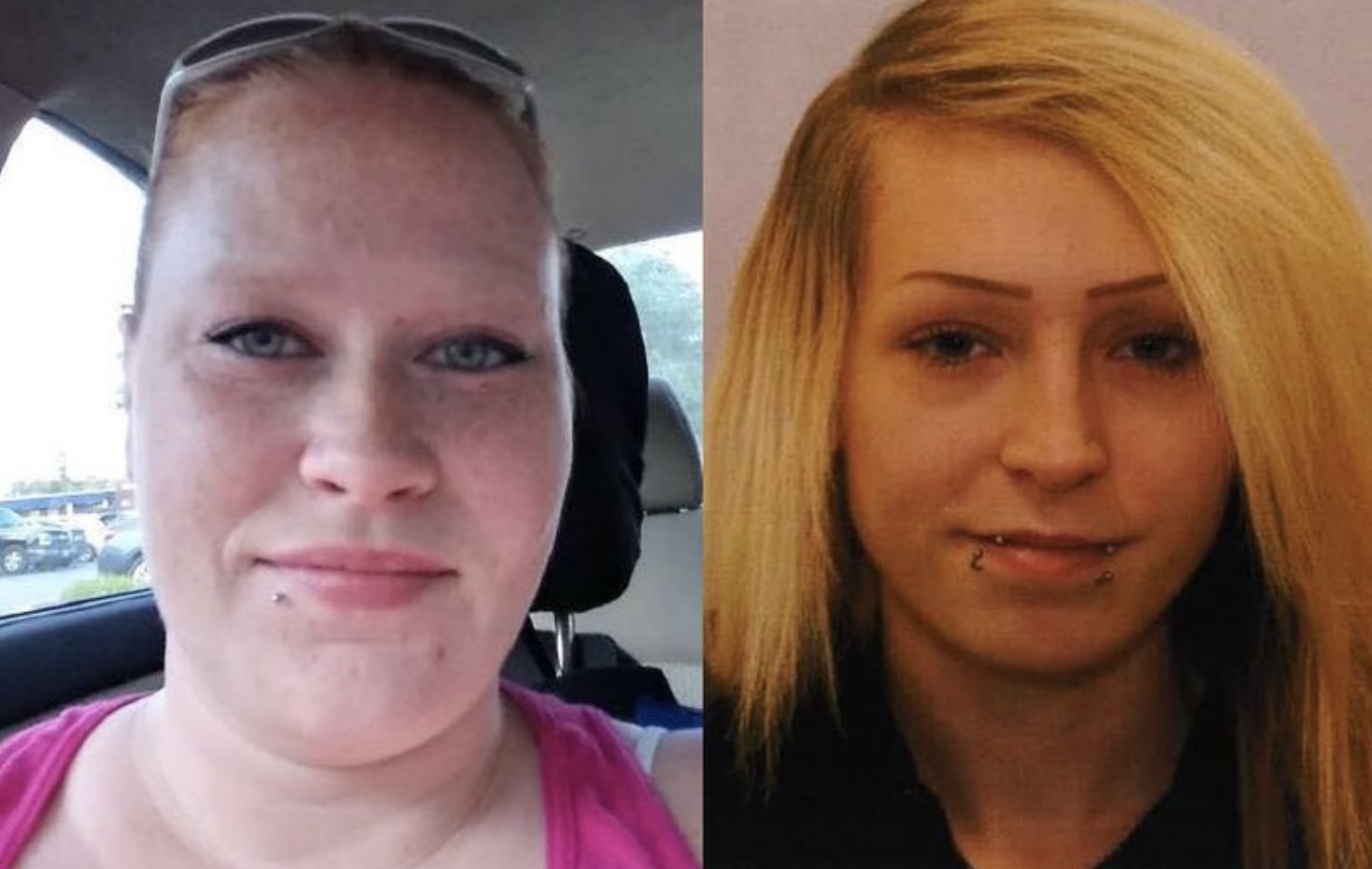 Maryland State Police are looking for two missing women who have ties to the kidnapping and murder of a man whose burning body was found last month at the end of a trial of blood in rural West Virginia.

Heather Grogg, 33, and Danielle Tyler, 18, may be together, police said. They were last seen on April 6.

According to her sister, Grogg is the woman 33-year-old Jonathan Riddle was visiting at a home in Westminster, Maryland, on March 17, when he was allegedly killed by three men — one of whom may be Tyler’s boyfriend, the Carroll County Times reported.

John Black III, 22; Monroe Merrell, 22; and David Sanford Jr., 26, have been charged with Riddle’s death. An autopsy determined that Riddle, 33, died from several stab wounds and blunt force trauma to the head, as CrimeOnline previously reported. On Friday, Maryland State Police arrested Emily R. Day, 27, on a charge of accessory before and after the fact. Day was in a relationship with Sanford, Grogg’s sister Brandie Hebb said, and Grogg was a live-in babysitter for their children.

Tyler’s grandmother, Sherry Tyler, told the Times she last heard from her granddaughter on April 6 when she received a text message saying she was “going to turn my phone off for a little bit” because she was “tired of all the drama.” When Maryland State Police homicide detectives came looking for her granddaughter after Riddle’s murder, Sherry Tyler filed a missing person’s report.

Since then, the grandmother, who is Danielle’s legal guardian, has been piecing together how Danielle may be tangled in with the murder. She said Danielle, who broke up with her previous boyfriend in early March, knew Black from before that break-up. She had been spending time with other friends away from home and reportedly had a new boyfriend — recently paroled Monroe Merrell, who had been serving time for kidnapping a woman at knifepoint. She believes Merrell and Danielle had been staying at Sanford’s home — where Riddle had reportedly gone to see Grogg.

As for Grogg, Hebb said she last spoke to her sister on April 4, and their mother reported her missing two days later. “I’m thinking in my head she witnessed something and she’s in trouble,” Hebb said. “It’s highly unlike her not to speak with anyone and drop off the face of the Earth.”

“We cannot be more specific about why we believe this, due to the impact the release of investigative information at this time could have on ongoing investigations,” he said.

According to court records, Riddle, Merrell, Black, and Sanford were at Sanford’s home on March 17. An informant told authorities that they witnessed Riddle fighting with Merrell before Merrell restrained Riddle and ordered Sanford to stab him. The Carroll County Times reported that the informant claimed they saw Sanford stab Riddle twice in the stomach. Riddle’s feet were reportedly bound with a sheet as he attempted to escape.

Multiple people reportedly witnessed the fatal attack, including Black, whom the informant claimed helped transport Riddle’s body to West Virginia. Black allegedly also said he stabbed Riddle several times. The informant said Riddle was still alive when he was brought to West Virginia  — where he was stabbed multiple times and set on fire to conceal evidence.

Jefferson County, West Virginia, deputies found Riddle’s burning, barefoot body about 40 feet from the road on March 18, and the FBI used fingerprint records to identify him.

During their investigation, police linked a 2015 Chevrolet Malibu with Maryland license plates to the slaying. The vehicle led them to Merrell, whom police noted had a small cut on his hand. TheTimes reported that a bloodstain was found inside the vehicle. It’s unclear who owns the vehicle or how authorities linked it to Riddle’s murder.

Black, Merrell, and Sanford were all arrested earlier in April, after Grogg and Tyler were reported missing. Sanford and Black are being held in Jefferson County, West Virginia, and Merrell is being held in Virginia Beach, Virginia. Day is awaiting an extradition hearing in Carroll County, Maryland, and all four are being held without bond. The three men have been charged with first degree murder and kidnapping.

Maryland State Police asked that anyone with any information about Grogg and Tyler contact the Westminster barrack at 410-386-3000.