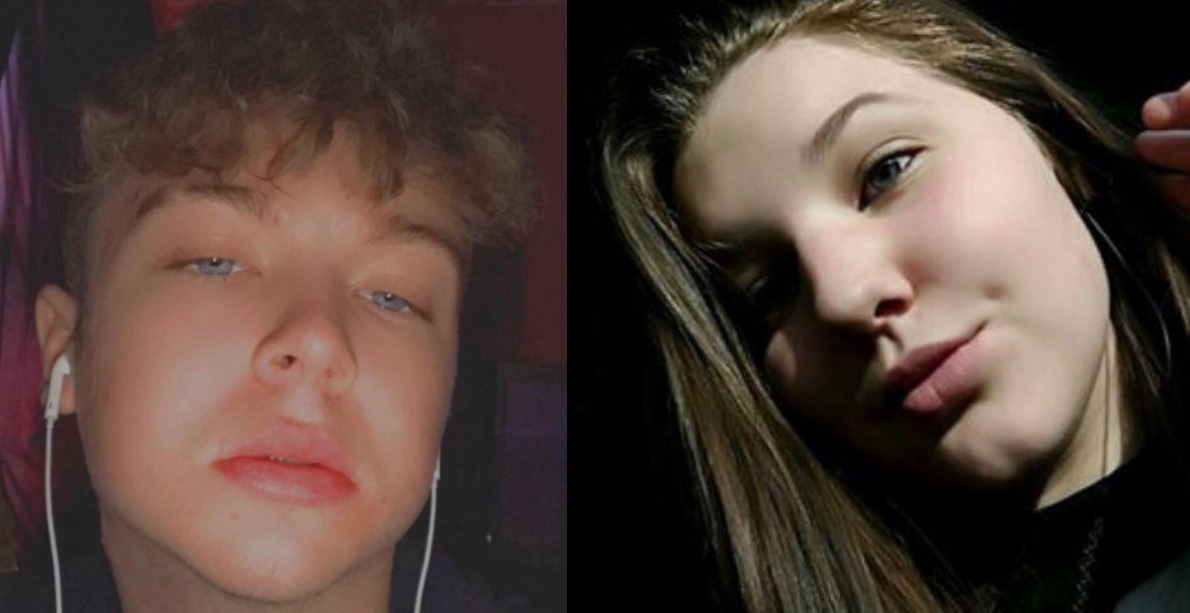 Teen girl, boyfriend busted in murder-for-hire plot against her stepfather

A 16-year-old girl and her 19-year-old boyfriend in central Pennsylvania have been charged with trying to recruit someone to kill her stepfather after he caught the couple in bed, the Lock Haven Express reported.

Dillian Mikel Weaver of Williamsport and Angelina Grace Peluso of Trout Run have each been charged with criminal solicitation to commit first-degree murder, conspiracy to commit first-degree murder, and criminal use of a communication device. They’ve been remanded to Lycoming County Prison in lieu of $1 million bail each. Peluso has been charged as an adult.

According to arrest reports seen by the Express, Weaver and Peluso admitted to the plot.

The affidavits said that Peluso’s stepfather, Howard Blackburn, 44, found Weaver and Peluso in bed early last Thursday morning. After Weaver left, Peluso said, Blackburn slapped and punched her. Then she spoke with Weaver via Snapchat and told him Blackburn sexually assaulted her — which she told police was a lie she used to make Weaver angry.

Weaver then spoke with a friend, also via Snapchat, venting his anger at what he believed Blackburn had done and saying he wanted the man dead. The woman he was speaking with, who has not been charged, told Weaver she knew someone who could do that and provided contact information.

Weaver contacted that person, who went to police upon realizing the 19-year-old wasn’t joking.

The informant provided screenshots of their conversation, in which Weaver said, “He gets off work at 5:30 so we’d have to be there before him and get him as soon as he gets out of his truck before he goes inside. We need to cover our faces … they have cameras there.”

“I just need him gone and no questions asked yk? He’s been abusing my girl for 10+ years and her family. And I can’t do (expletive) alone because she doesn’t want to lose me yk. And I feel like you’d be able to help,” Weaver said, according to the affidavit.

Screenshots in the documents also show Weaver’s message to Peluso — “Baby I need you to tell me that it’s OK if this happens to him. Like you’re OK with him dying. I need confirmation msg as soon as you can about this” —  and her response: “Yes baby. I have zero affection for him. We’ve talked about it. I just don’t want to lose you is my concern that’s all.”

The informant continued his conversation with Weaver on Friday, after speaking with police. He told Weaver he had a friend who could provide a gun to be used, but the friend wanted to meet him in person. The affidavits say the informant and his friend — actually an undercover agent — went to Weaver’s home. Weaver got into their vehicle, and he was recorded saying he wanted “Howie … out of the picture” and that both he and Peluso wanted “Howie” dead.

According to the affidavits, Peluso told detectives it was Weaver’s idea to kill Blackburn and that she was OK with it, but later said she didn’t mean it and only wanted to see him hurt.

Weaver and Peluso are due in court on May 4 for a preliminary hearing, NorthCentralPA.com reported.