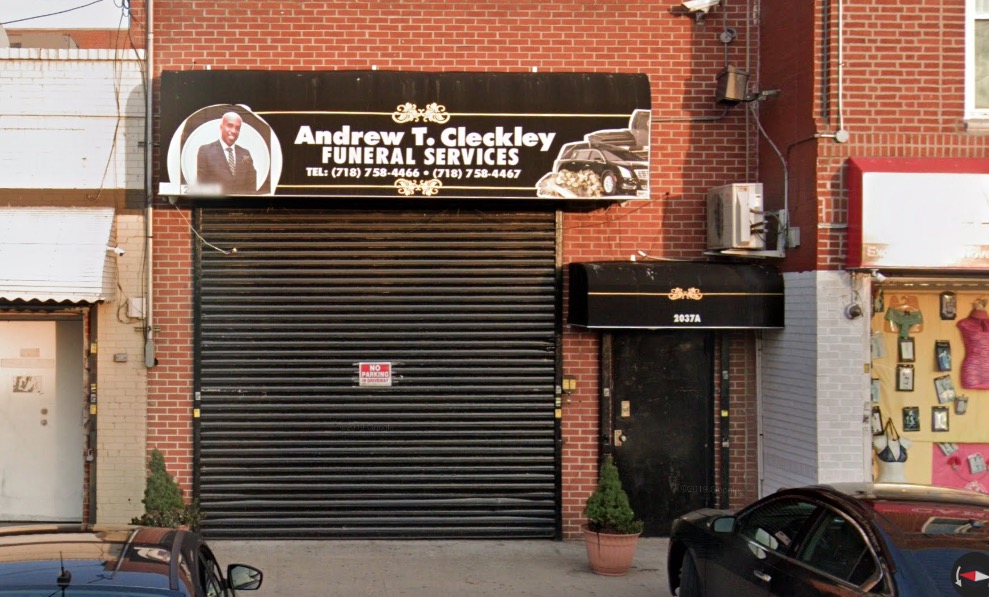 New York police are investigating a Brooklyn funeral home that has allegedly been storing bodies in U-Haul trucks and other vehicles parked on the street, the New York Daily News reports.

Police were called to the Andrew T. Cleckley Funeral Services in the Flatlands neighborhood on Wednesday after neighbors reported a growing stench from the trucks, the New York Times says.

A police officer on the scene told the Daily News he “saw 15 bodies in the U-Haul box truck stacked up on one another” and more in a second U-Haul truck. Two unmarked trucks at the facility were refrigerated but not the U-Haul vehicles.

It wasn’t immediately clear if any of the bodies were linked to the coronavirus pandemic, but funerals homes across the city have been overwhelmed as unprecedented numbers of residents succumb to the virus.

“For weeks already, there have been trucks constantly outside unloading bodies. You could smell the death,” resident Jay Fredo, 57, told the Daily News. “Some of them have been dropped. I know it’s a pandemic, but this is crazy. It’s sick.”

The New York state health department issued a statement saying it had been “notified of storage issues of decedents and alternate arrangements are being made by the funeral home.” The department licenses funeral homes.

The Times reported that the funeral home had started using trucks for storage when its freezer malfunctioned.

A funeral director told ABC7 that the funeral home had run out of space inside and insisted no bodies were inside the U-Haul trucks. He said that they had filled the trucks with furniture to make room for bodies inside.

In addition to the police officer, neighbors said they had also seen bodies in the trucks, however.

“I’ve seen bodies stacked up on top of one another inside the trucks with both doors open,” said Abdul Kamara, 40. “They’ve been storing bodies in the trucks. It’s been going on since the beginning of COVID. These people have passed. This is not the way they should be treated on the way out.”

Brooklyn Borough President Eric Adams told reporters on the scene he planned to put together a committee to better coordinate with funeral homes. “This community is going to be traumatized by this long after COVID-19,” he said. “It’s gonna take coordination between funeral directors, cemeteries, and the city to address this situation.”