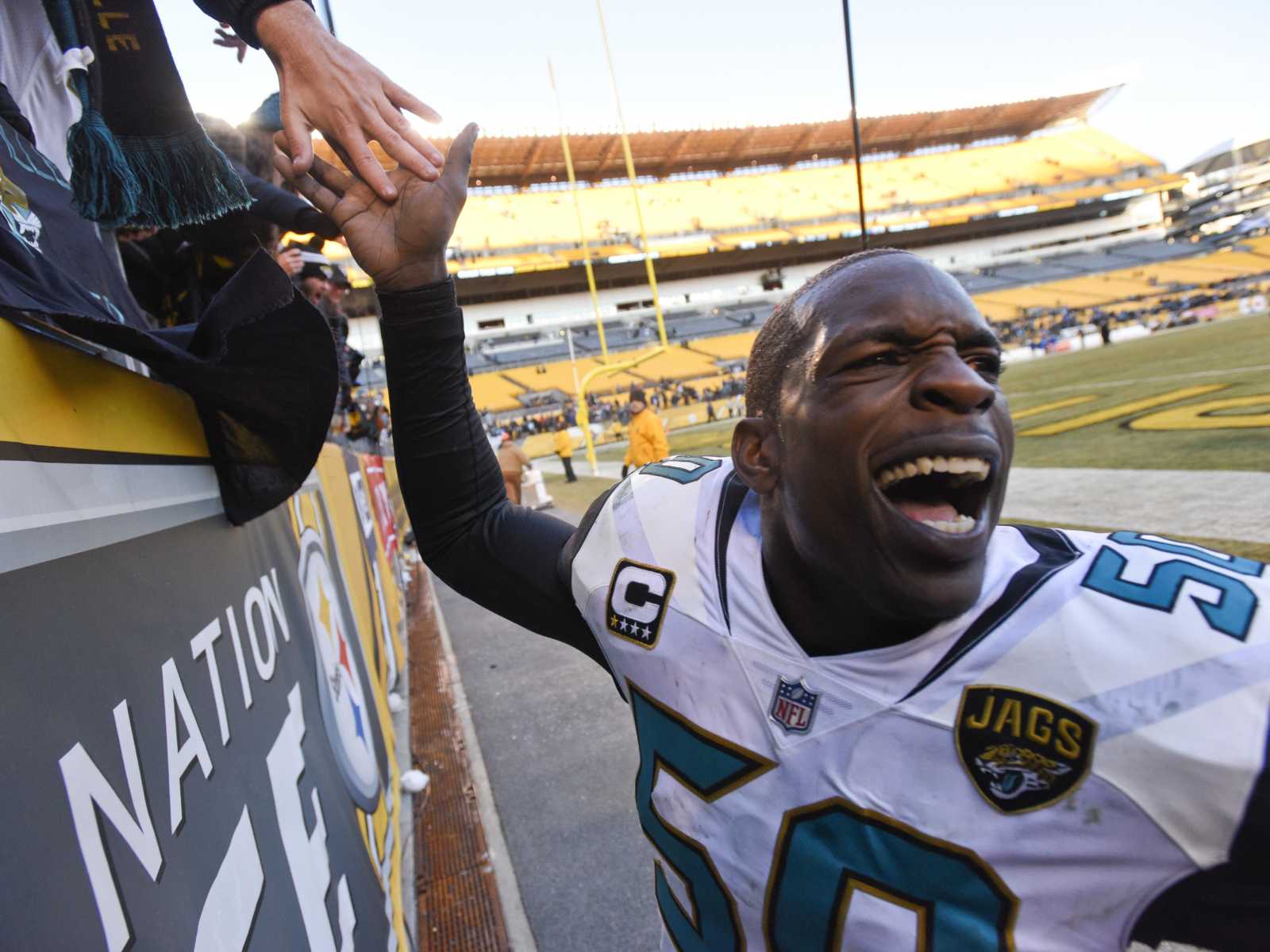 Former NFL linebacker Telvin Smith, 29, was arrested Wednesday at his home in Jacksonsville, Florida, on a charge of unlawful sexual activity with certain minors, the Florida Times-Union reported.

The charge, in the Florida code, is used when a person at least 24-years-old engages in sex with a minor 16 or 17 years old.

The arrest report offers few details, the Times-Union said, but does indicate the incident that prompted the arrest took place between August 31 and September 1, 2019.

The arrest came nearly four months after the Jacksonville Sheriff’s Office raided Smith’s home with a search warrant. At the time, they said only that it had to do with “an active criminal investigation.”

Smith, who played for the Jacksonville Jaguars, abruptly announced last May that he was stepping back from football to focus on family and his health.

“It was said to me from a great coach, that in order for the man to be his best, he must get his world in order,” he wrote in an Instagram post. “At this time I must take time away from the game & get my world in order. I must give this time back to myself, my family, & my health. I appreciate all the support I will & will not get. I just ask y’all respect my decision to not play football this season.”

The Jaguars fined him $88,000 last June for missing the team’s 3-day mini-camp, after which Smith filed retirement paperwork and was placed on the retired/reserve list, News4Jax said. The team sent out a statement saying it was aware of Smith’s arrest but “is unable to comment further on this ongoing investigation.”

Smith is from Valdosta, Georgia, and played college football at Florida State University, where he was a key player on the 2013 national championship team. The Jaguars picked him in the 5th round of the 2014 draft.

By Wednesday night, Smith was being held on a $50,000 bail. He’s expected in court Thursday morning, according to jail records.