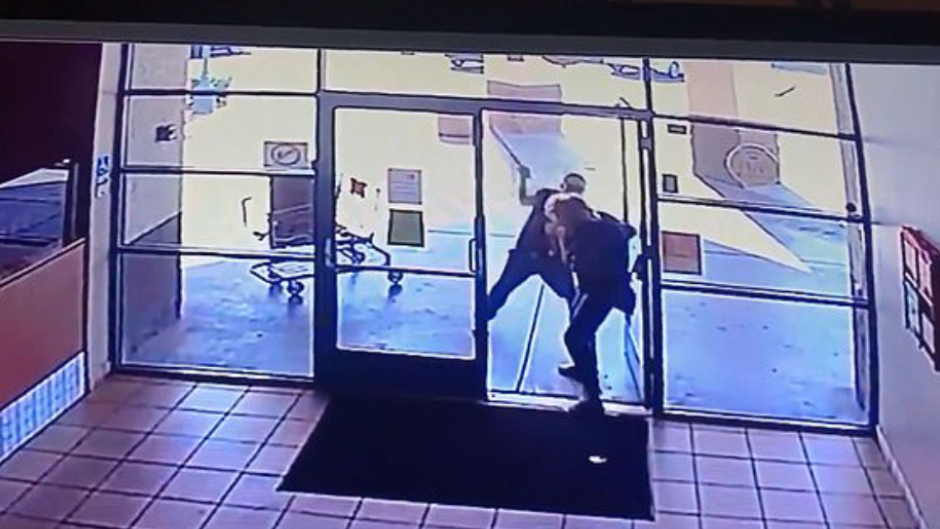 Authorities in Arizona are investigating after an elderly woman was reportedly assaulted and robbed at a pizzeria last week.

On Tuesday, the Tuscon Police Department released surveillance footage showing an April 21 armed robbery at Peter Piper Pizza. Police said the victim — a 77-year-old woman — was leaving the restaurant with two pizzas when the suspect hit her in the head with a metal pipe and fled with one of her pies.

Speaking with KOLD, Aubre Cottrell identified the victim as her grandmother. Cottrell said her grandmother sustained a large gash to her head but she wouldn’t go to the hospital due to the coronavirus pandemic.

Before she was assaulted, the victim reportedly believed the suspect was trying to open the door for her.

“She said she actually turned around to tell him ‘thank you,’ and then she kind of figured out was going on,” Cottrell told the news outlet.

Tuscon police described the suspect as a Hispanic male, no taller than 5 foot 6, and having a “wrinkly face.”

Anyone with information regarding the April 21 robbery at Peter Piper Pizza in Tuscon should call 88-CRIME.

The Tucson Police Department is looking for the Armed Robbery Suspect in this video.This robbery occurred on April 21,…