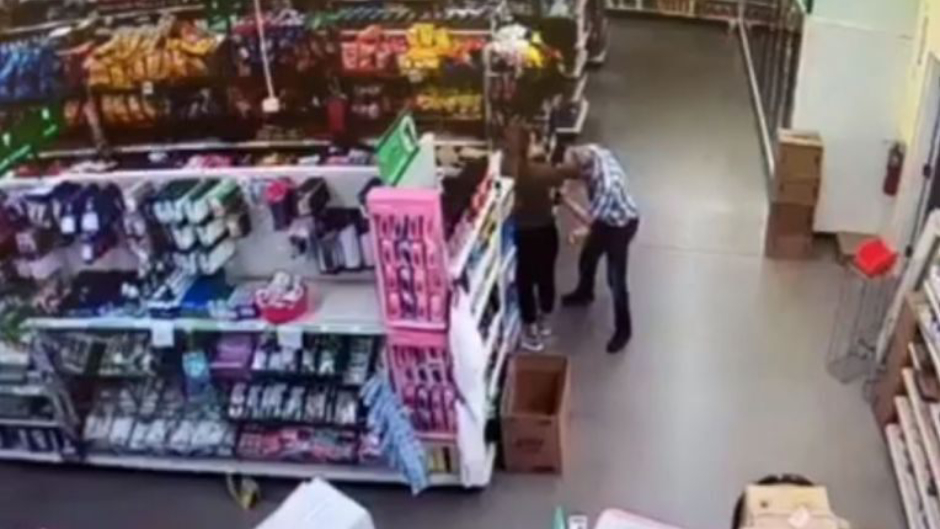 A Michigan man was arrested this week for allegedly wiping his nose on a Dollar Tree employee who asked him to wear a mask while in the store.

The Holly Police Department announced Tuesday that they’ve made an arrest in connection to an assault that occurred Saturday afternoon at a Dollar Tree in Holly. On Monday, police publicized surveillance footage showing an unidentified man wiping his nose on a female employee.

“Here, I will just use this as a mask,” the man allegedly stated before approaching the Dollar Tree employee and wiping his nose on her short-sleeve shirt.

The man reportedly walked past store signs stating that masks are required. After assaulting the Dollar Tree employee, police said he remained “loud and disruptive” before leaving the store in a white Ford van.

Holly police said a tip helped them identify the suspect. Authorities are not naming the suspect or disclosing additional details about Saturday’s incident until he is formally charged with assault.

** UPDATE ** An arrest has been made in this case. Additional details will be released after an arraignment has…

Posted by Holly Police Department on Monday, May 4, 2020