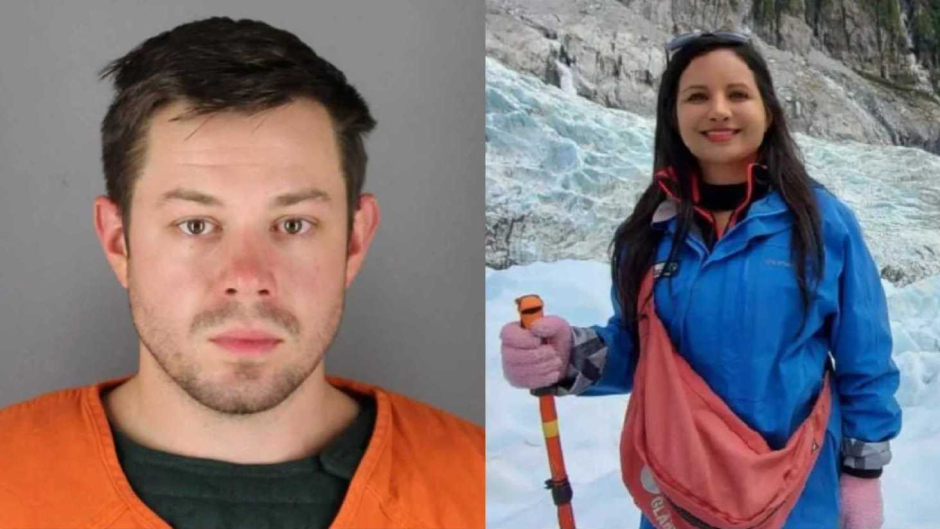 A Minnesota man was charged Tuesday with murdering his wife — who he allegedly reported missing after strangling and burying under their home.

Joshua Fury, 28, reportedly claimed that he came home from work on April 30 and found no sign of his wife, Maria Fury, 28, except for her phone. The Hennepin County Attorney’s Office said in a statement that police conducted a helicopter search after Joshua Fury searched his wife’s typical walking route.

During their investigation, police reportedly learned from friends and family that the couple was having marital problems. Joshua Fury was described as “controlling and possessive” — and Maria Fury’s mother claimed she planned to leave him, a criminal complaint stated.

Police staged a second large-scale search on May 1. The following day, Maria Fury’s body was reportedly discovered in a crawl space under her Maple Grove home. Prosecutors wrote that it took authorities hours to exhume her body.

“According to Defendant, the killing and cover-up took only two and half hours. Defendant said he intended to use the duct tape roll that he used to wrap Victim’s body to also hang missing posters for her,” the criminal complaint said.

Following his arrest, Joshua Fury allegedly confessed to strangling Maria Fury on April 30 during an argument about her leaving him. He recounted squeezing his wife’s neck until he heard a snap then placing a plastic bag over her head and nose as she took her dying breaths.

Joshua Fury was charged with second-degree murder with intent. Prosecutors have asked to have bail set at $2 million due to the violent nature of the crime.