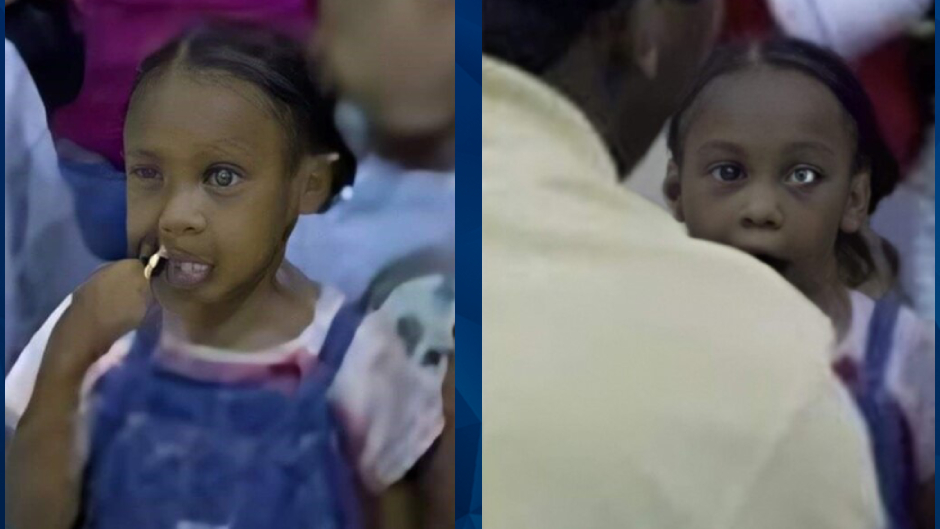 Do you know her? Enhanced photos show unidentified girl whose possible remains were found in 2012

Police in Alabama have released enhanced photos of an unidentified girl whose possible skeletal remains were discovered in 2012.

WRBL reports that the photos of the unknown girl were taken around 2011 at Opelika’s Greater Peace Baptist Church Vacation Bible School. Police believe she is Baby Jane Doe, a girl whose skull was discovered behind a mobile home in Opelika in 2012.

Forensic evidence suggests Baby Jane Doe suffered long-term abuse which left her blind in one eye and scarred until her death sometime between 2010 and 2012. The enhanced photos released this week appear to show the unidentified girl with one disfigured eye.

Baby Jane Doe was between 4 to 7 years old when she died. She had medium-length black hair which was styled in tight curls. While evidence indicates the girl was malnourished, police said her weight, height, and eye color were undetermined.

Opelika police initially released the images in 2016. The enhanced photos were reportedly shown to the Bible school teacher who gave the original images to authorities. Police claimed the teacher now says the unknown girl in enhanced images bears more of a resemblance to Baby Jane Doe, according to the Opelika-Auburn News.

The Alabama Governor’s Office, the Lee County District Attorney’s Office, and a private citizen are offering a $20,000 reward for information leading to the slain girl’s identification and the conviction of her killer or killers. Anyone with information regarding this case should call the Opelika Police Department Detective Division at 334-705-5220.

Join Nancy Grace for her new online video series designed to help you protect what you love most – your children.
[Featured image: Opelika Police Department]