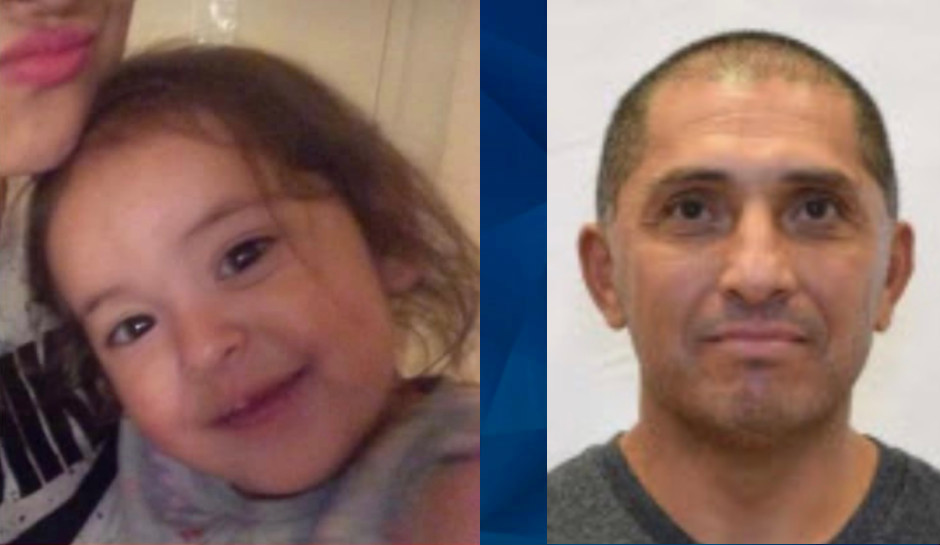 Update 7 p.m.: Savannah Cemele and Ricky Trujillo have been found in separate locations, the Pueblo Police Department reported. The 3-year-old is safe and unharmed and being returned to her family. Police are interviewing Trujillol

Update: The AMBER Alert for 3-year-old Savannah Camele has been extended into Wyoming and authorities now say suspect may be armed with a hunting rifle instead of a hunting knife.

An AMBER Alert has been issued in Colorado for 3-year-old Savannah Camele, described as Hispanic with brown eyes and brown hair, about 2 feet tall and weighing about 20 pounds.

She was last seen wearing a cheetah print romper/onesie.

The El Paso County Sheriff’s Office the little girl was in a white, 2006 Ford Explorer with her grandmother and a man named Ricky Trujillo. Trujillo, 53, reportedly assaulted the girl, pushed the grandmother out of the vehicle, and fled. He is believed to be armed with a hunting rifle.

The vehicle was last seen headed north on Old Pueblo Road in Fountain Valley. The rear window is  broken out and it’s covered with plastic and black tape. The SUV has flat black rims with spikes.

Posted by Pueblo Police Department on Saturday, May 9, 2020

Trujillo is about 5 feet 7 inches and 165 pounds. He was last seen wearing a black and blue jersey.