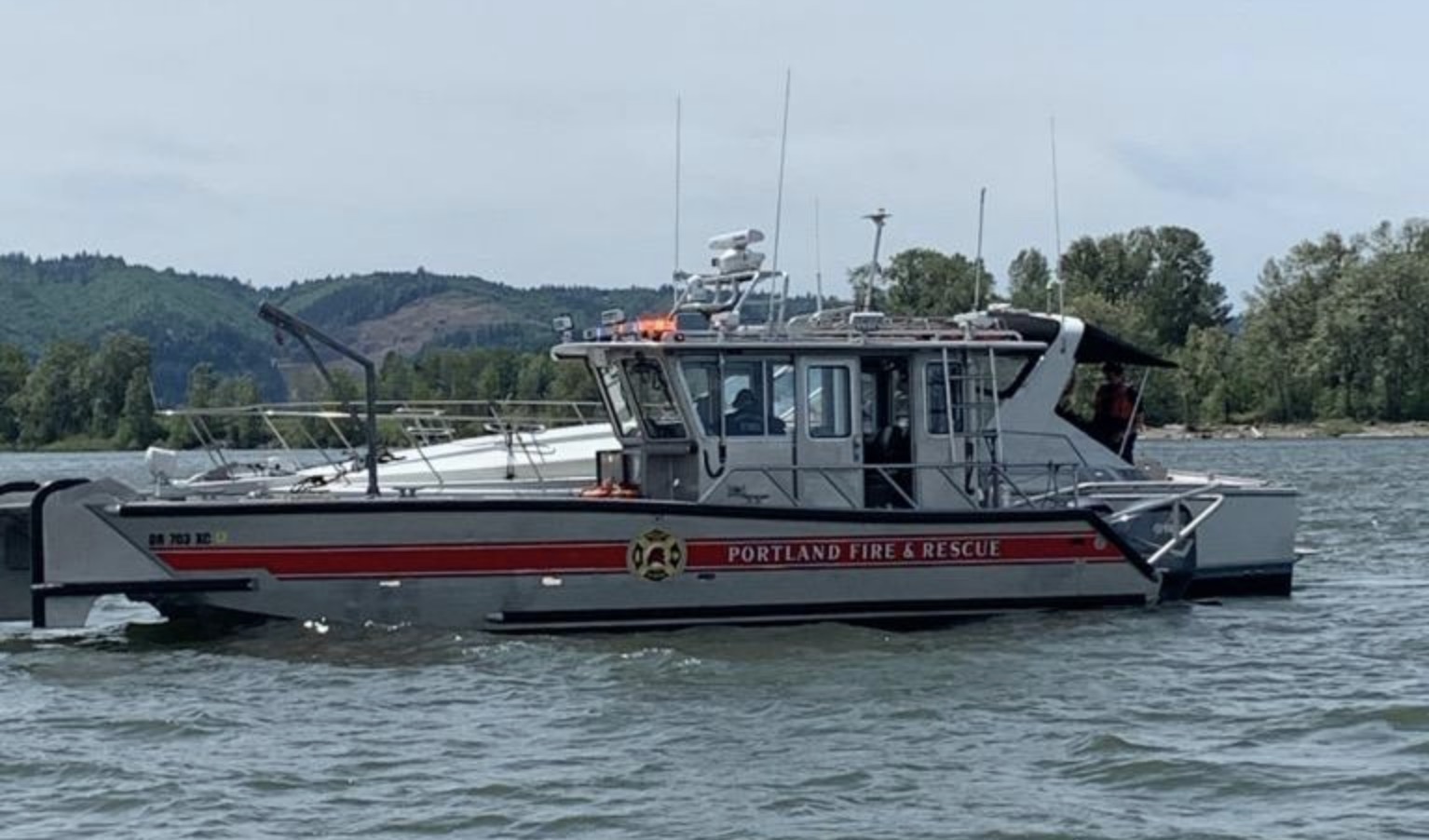 Seven people, including a child, have the US Coast Guard and Portland Fire & Rescue to thank after a dramatic rescue Saturday afternoon when their boat hit a submerged erosion control dam and started to take on water.

The 40-foot Lawilila was rounding Kelley Point, where the Willamette and Columbia Rivers converge, when it hit the wing dam, which is usually visible but was under water because of high lake levels and difficult to see, KOIN reported.

The collision cracked the boat’s hull, the Coast Guard said. The Coast Guard Sector Columbia River got the mayday call shortly after 1 p.m., and a Portland Station crew was on site less than 15 minutes later.

The Lawilila was stuck on pilings at the dam, but crews were unable to get the boat free. The Coast Guard took four of the adults and the child to shore, and the Portland Fire & Rescue boat took the other two boaters to shore when it arrived a few minutes later.

Posted by U.S. Coast Guard Pacific Northwest on Saturday, May 9, 2020

What could have been a horrendous tragedy ended safely with no injuries and no spilled fuel in the river, the Coast Guard said.

[Featured image: Portland Fire & Rescue Fire Boat 17 assists in the rescue – the Lawilila can be seen on the other side of the fire boat/US Coast Guard Station Portland]