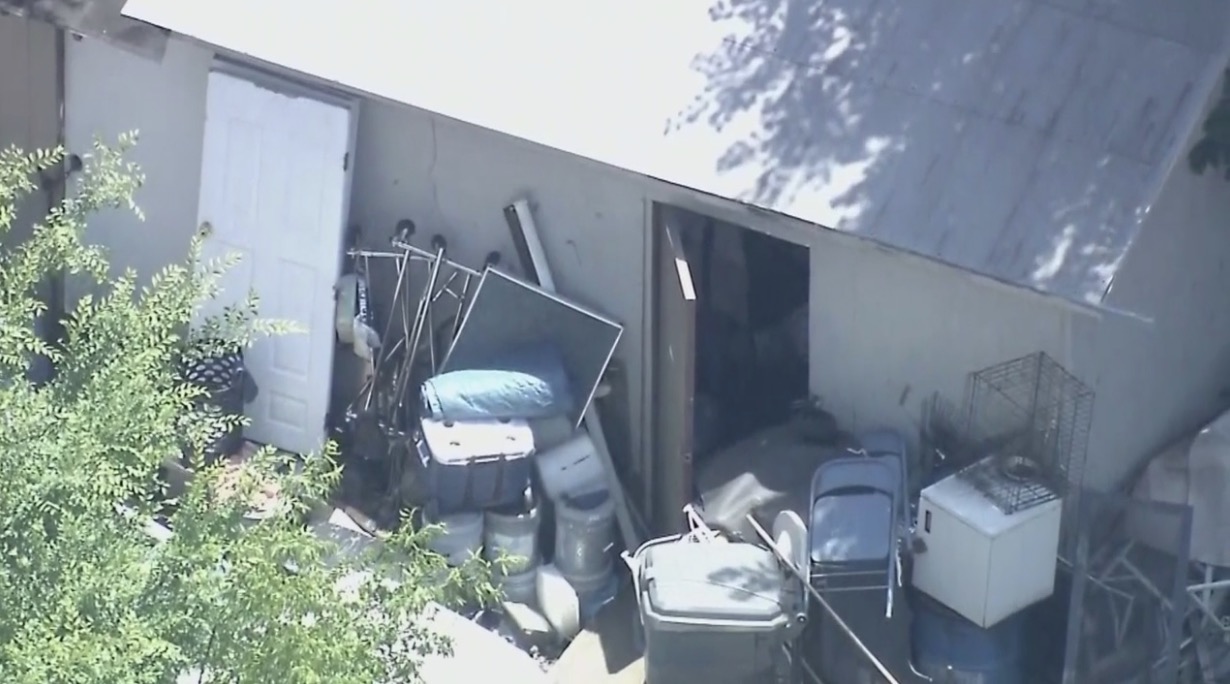 Texas grandma locks 6-year-old boy in shed with his hands tied behind him for allegedly stealing food: Report

A grandmother and her boyfriend have been arrested in Texas for locking a 6-year-old boy in a shed with his hands tied behind his back, KTVT reported.

Police found the boy in a shed behind the home at about 11:30 p.m. Sunday night, the station said. Police did not say what brought them to the home in southeast Dallas.

The grandmother told officers the boy was with his mother, but a man living at the back of the property pointed them to the shed as they continued their investigation.

Officers told the grandmother to open the locked shed or they’d break the door down. She did so, and they found the boy inside.

The grandmother reportedly told the officers she had put him in the shed as punishment, and this incidence was the only time. But her boyfriend, who lived in the home with the grandmother, told police that the boy had been confined in the shed repeatedly for at least two weeks for stealing food.

The boy told police the shed was his punishment since he “got out of school for this corona thing.”

Police released no further information because of the sensitivity of the case, KTVT said.