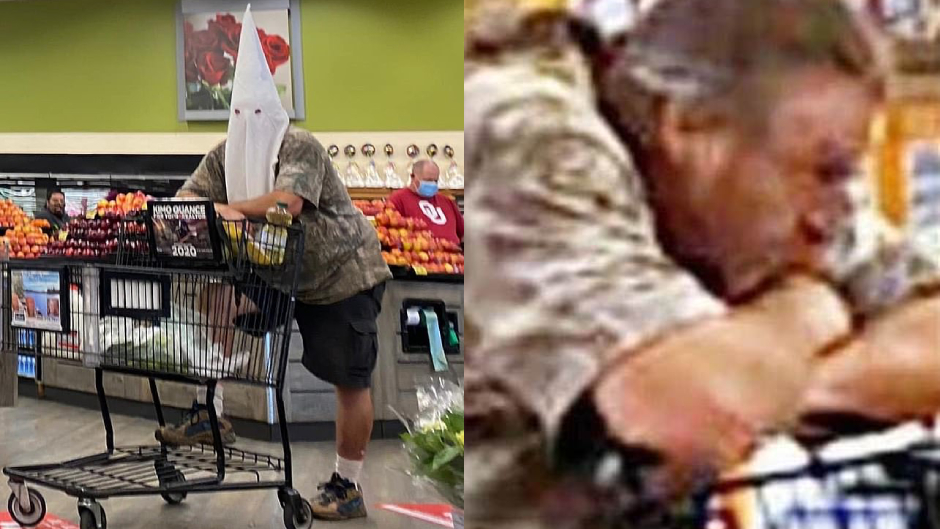 Authorities in California have declined to criminally charge a man who reportedly wore a Klu Klux Klan hood in a grocery store earlier this month.

The reported incident occurred on May 2 at a Vons in Santee. On Monday, the San Diego County Sheriff’s Department said in a statement that the unidentified man “expressed frustration with the coronavirus and having people tell him what he can and cannot do.”

News of the incident spread after images were posted to social media showing the man wearing a white pointed hood inside the store.

Pictures posted online also showed the unidentified man without the KKK hood. Grocery store employees repeatedly asked the man to remove his mask until he finally removed it while checking out, according to The Washington Post.

The man reportedly wore the offensive hood instead of a mask, which Californians are required to wear in public places to reduce the spread of the coronavirus.

Police said the man told investigators that the hood “was not intended to be a racial statement.”

“It was a mask and it was stupid,” he allegedly claimed.

Investigators reviewed surveillance footage and interviewed witnesses. Despite this, San Diego County police  — who conferred with the U.S. attorney’s office and the San Diego County District Attorney’s Office — found there was “insufficient evidence”  to criminally charge the man.

The police department cited the free speech case Matal v. Tam while justifying their decision. In 2017, the U.S. Supreme Court sided with a band who attempted to trademark “The Slants.” The U.S. Trademark Office initially denied the band’s application on the basis that the phrase could be disparaging to persons of Asian descent.

Justice Samuel Alito wrote in the majority decision, which was quoted by the police department, “Speech that demeans on the basis of race, ethnicity, gender, religion, age, disability, or any other similar ground is hateful; but the proudest boast of our free speech jurisprudence is that we protect the freedom to express ‘the thought that we hate.’”