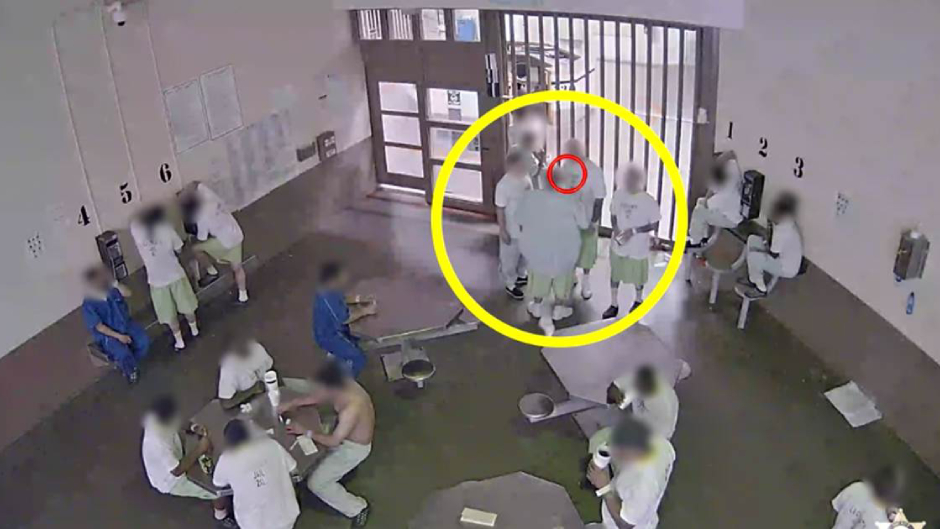 VIDEO: Inmates try to infect themselves with coronavirus to get early release, police say

Twenty-one inmates at a California correctional facility reportedly tested positive for the coronavirus after intentionally sharing a cup of water and mask.

Surveillance cameras at the North County Correctional Facility in Castaic apparently caught inmates gathered around a hot water dispenser, sipping the water out of a Styrofoam cup, and sniffing out of the same mask. Los Angeles Sheriff Alex Villanueva explained that the inmates drank hot water to raise their body temperature before a temperature check, according to CNN.

“It is very disturbing to think that people would do this to themselves deliberately in an attempt to force our hand to release more people from custody,” Villanueva told reporters on Monday.

Citing Assistant Sheriff Bruce Chase, the Los Angeles Times reported that 30 inmates in the two modules where the footage was recorded tested positive for the coronavirus. Chase said two of those inmates have since been released.

Los Angeles police explained in a statement that 21 inmates were infected with coronavirus “as a direct result of the behavior seen in the video.” The inmates reportedly tested positive within a week of the filmed April 26 incident.

Chase said that the module had been quarantined since April 22 when an inmate showed symptoms. However, the first positive test reportedly came on April 15 from an inmate located in a separate dorm on the same floor.