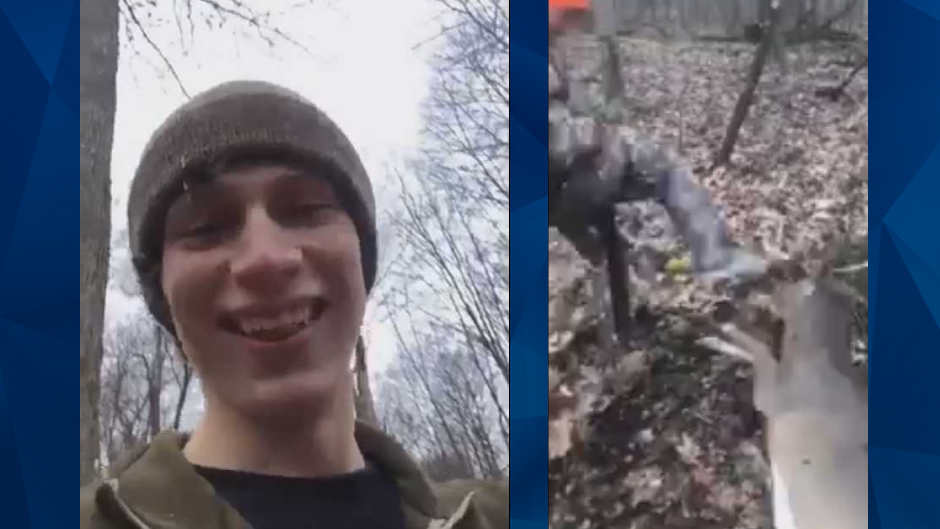 Police chief’s stepson tortures deer in graphic viral video, gets off with small fine and NO jail

A Pennsylvania man who was filmed in November abusing a deer with another teen was sentenced Monday to probation and community service.

Alexander Smith, 19, pleaded guilty to misdemeanor cruelty to animals and four summary charges to avoid felony aggravated animal cruelty charges. The Pittsburgh Post-Gazette reported that the incident occurred after a 16-year-old boy with Smith wounded a buck while on property owned by Smith’s family.

Smith was 18 when he and the 16-year-old boy filmed the viral video. The video reportedly shows the pair stomping and kicking an injured deer while laughing and pulling at its antlers.

Reports indicated that Smith is the stepson of Brookville Police Chief Vince Markle. Authorities claimed Smith wasn’t given preferential treatment in this case, according to WJAC.

In addition to two years’ probation and 200 hours of community service, Smith was also ordered to pay fines totaling $2,150. The Post-Gazette reported that his hunting license was suspended until 2035 and for the next two years he must be available to speak to hunting safety classes and schools.

The other teen, who’s now 17, was charged as a juvenile. The Pennsylvania Game Commission told WJAC that the 17-year-old is still facing criminal charges, though it’s unclear what charges were filed against him.

Join Nancy Grace for her new online video series designed to help you protect what you love most – your children.
[Featured image: Facebook video screengrab]